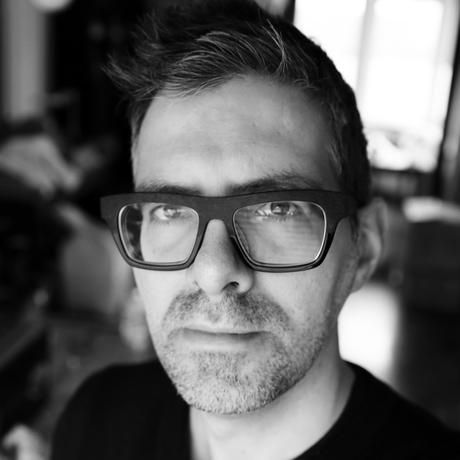 Jan De Coster grew up with a vivid fascination for physics, science fiction stories and hacking stuff. In college he realized that all the stories around science were often far more appealing than the theory behind them, and in the mid 90’s he started on his first multimedia productions.

He then worked in advertising, for BBDO, where he invented stories and games for online campaigns. This is when he developed an interest in character design, and started attending and eventually contributing to the annual Pictoplasma festival in Berlin. As his interest in virtual worlds diminished, he started to invent interactive machines in the real world. Robots in particular captured his attention, as the perfect match of his interest in physical projects and character design.

In 2007, Jan has founded Slightly Overdone Robots, a production studio which explores the horizons of Human-Robot interaction, where he has been making interactive installations and Robots ever since.

Besides working in his studio, Jan also started teaching at Erasmus High School Brussels in 2013, telling students specializing in “Art & Technology” about the creative side of electronics and the design of interactivity in physical space.

On his quest to make Robots a more widely accepted creative medium, Jan is now teaching young and old about building Robots, focusing on the design and the process, and the way they make us feel.

Jan is very involved in the maker movement in Belgium, working at FabLab Brussels and starting a new FabLab in Mechelen in the fall of 2015.

At CreativeMornings Brussels, Jan’s talk will be an intriguing one: titled ‘The Robot Soul’, it will be about how we don’t see robots as they are; we see them as we are!

And since this is our anniversary edition, a special treat awaits you after the talk: our lovely hosts at Beursschouwburg are offering a private tour, to take a peak behind the curtain!