Five points to a creative community

Richie Hardcore I'm a Rebel so I Rebel

From a deckhand on the schooner Gaslight to owner of The Aesthetic Union, James shares the ebbs and flows of his journey and the learnings he gathered along the way. 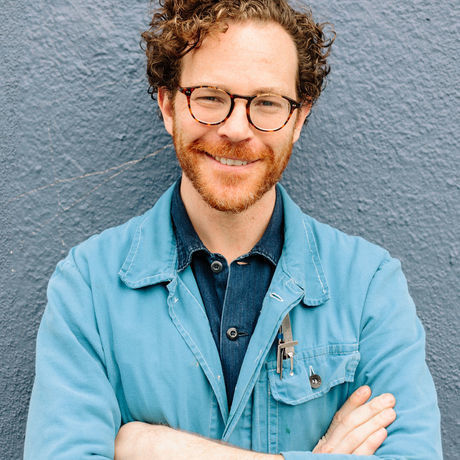 James Lewis Tucker was born in 1984 in Red Bank, NJ. As a child he split his time between collecting seashells from the shore and exploring the brooks of his grandparent’s Christmas tree farm.

After a tumultuous education in Catholic and public schools he left high school early to attend a graphic design vocational school before heading to Ringling College of Art and Design where he found solace in the printmaking studios. Ultimately, James transferred to Maryland Institute College of Art and graduated with a BFA in printmaking in 2007.

Also that year, after a series of apprenticeships at letterpress shops across America, he moved to San Francisco to pursue a career in letterpress and design with the intention to eventually open up his own practice.

James opened The Aesthetic Union, his letterpress shop and design studio, in 2013 and together with his small team has worked closely with both large and small companies to create traditional printed matter using contemporary techniques.

His art practice is woven into the framework and production schedules of the shop’s presses. He produces limited edition prints that investigate both traditional landscape prints inspired by the California Coast as well as minimalist, experimental mono prints. This work has been shown in major galleries and is housed in permanent collections.

James is passionate about keeping the tradition of letterpress alive while also utilizing modern processes which has helped The Aesthetic Union remain a hub for art, craft and design within a shrinking community of creatives in San Francisco.

Thank you for giving the opportunity to share my story! I hope it helps others find what they love to do in life and live it.