Surround Yourself With Creative People

Right here in Minneapolis, everyone believes they can make a difference.

Jacob Frey, Mayor of Minneapolis, tells his personal story of growing up around creativity, becoming a professional runner, and entering politics with hunger and passion for change. 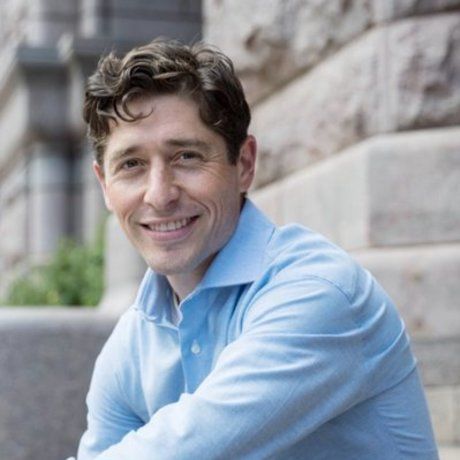 Minneapolis Mayor Jacob Frey grew up in northern Virginia and went to the College of William and Mary in Williamsburg, VA on a track scholarship. After graduating with a degree in government, he began running professionally while attending law school at Villanova University in Philadelphia, PA. That’s when he came to Minneapolis to run the Twin Cities Marathon and when he fell in love with Minneapolis. The day after graduating, he drove 1,200 miles west to Minneapolis, his chosen home.

As an employment, business litigation, and civil rights attorney, Jacob became an active community organizer. In 2011, he spearheaded efforts to launch the Big Gay Race, which raised over $250,000 to help defeat the proposed Minnesota constitutional amendment defining marriage between a man and a woman. He also became involved in advocacy for the homeless, helping tenants who lost their homes in North Minneapolis. In 2012, the City of Minneapolis awarded its inaugural Martin Luther King, Jr. Award to Jacob for his civil rights work.

Since his election as Mayor in 2017, Jacob has championed an agenda centered on increasing access to affordable housing throughout the city, strengthening community-police relations, and fueling economic growth through inclusive policies. From a record-setting investment in the city’s efforts to expand and preserve affordable housing to helping launch the state’s only black-owned financial institution to strengthening the Police Department’s body-worn camera policy, Jacob is delivering results and laying a strong foundation for Minneapolis.

Jacob lives on the Eastside of Minneapolis with his wife, Sarah Clarke. Sarah practices government relations with a focus on early childhood education.