The Wall and the Mall

The so-called ‘death strip’ (Todesstreifen) that ran beside the Berlin wall from 1961 till 1989 is prime real estate today. The new projects don’t seem to be aware of that. Ian Warner explores the New Death Strip.

During the cold war the death strip in Berlin was a complex layering of coiled barbed wire, patrol roads, watch towers every hundred meters or so, anti-tank barriers, etc. Now it’s 25 years on and the mines have long been cleared. The steel of the barbed wire and the concrete of the barricades have been recycled, the guards have normal day jobs, and the land itself is in the middle of a gradual and cumulative process of transformation.

The most visible examples of this land development are of course high profile projects such as that on Potsdamer Platz, built up with bags of corporate credit in the late 1990s. Similar cases in point include Pariser Platz or the just opened Mall of Berlin that’s built up around the Leipziger Platz. All of these developments closely hug the death strip’s urban center of gravity. All of them sit on land in the heart of a reunified Berlin, land that very quickly became prime real estate once the geopolitical map of the Cold War was trashed in 1989.

The concern of this talk, however, is to look elsewhere: to the forlorn corners of the death strip in 2015. To be sure, this is not the death strip from ten, twenty or thirty years ago. We call it the New Death Strip (NDS), a non-location that we’ve sought to discover not as the mere remnant of times gone by, but instead as a real and present situation. 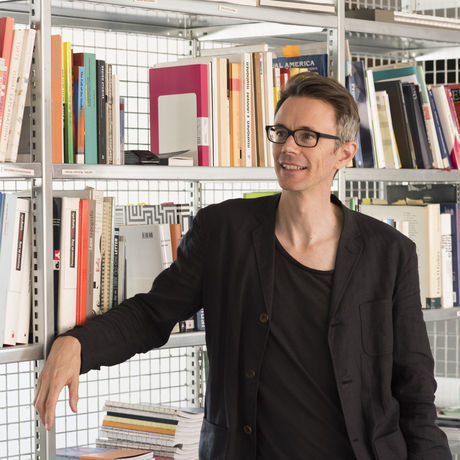 Ian Warner is co-founder of the Berlin design consultancy State. Their clients include the Komische Oper Berlin, Greenpeace Media, the Heinrich-Böll-Stiftung and the Rundfunkchor Berlin. In 2006 he founded Slab Mag, an online journal for architecture and urbanism, which operates in a grey area between empirical research platform, urban diary and “enhanced journalism”.