Betcha can’t go a day without stumbling on a reclaimed or repurposed somethin or other. What’s old is new, and what’s new is reused. February we celebrated and deconstructed “Money” across the globe. Even though Spring’s taking its sweet time, March was here, and we were happy to announce our theme: “Reuse.” Our LA chapter host Jon Setzen selected the theme and recommended us to the wonderful Roxanne Daner who crafted the Reuse illustration. Now, reusing isn’t just about turning old pop cans into toy cars. We decided to take a different spin on what it means to reuse when it comes to a brand, and a message. 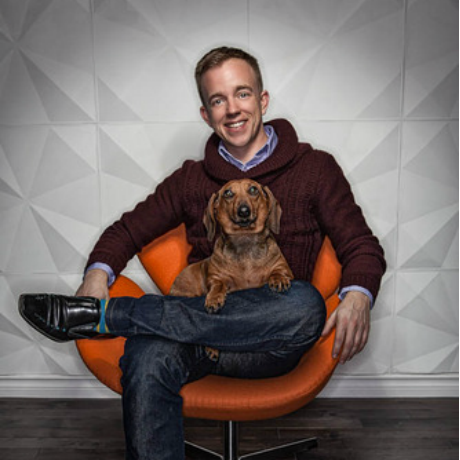 Ian has over a decade of professional political and communications experience. He has worked for cabinet ministers and opposition members in the House of Commons, including some of Canada’s most colourful and influential political minds from both the New Democrats and Liberals.

Ian is passionate about creating social change through communications. An experienced media coach, political tactician and engaging speaker he is quoted widely in Canada’s media. He is a regular on Power & Politics on CBC News Channel and is a go-to source for comment on the changing world of communications.

He was named Xtra Canada’s Political Activist of the Year in their annual Hero Awards. Ian sits on the Boards of Director’s for Forum for Young Canadians, is an active advisor to LeadNow.ca and chairs Ottawa’s LGBTQ Village committee.

His opinion work has been published in the Ottawa Citizen, Globe and Mail and PostMedia newspapers across Canada. He has been featured on CTV National News, CBC’s The National and was on Global’s national election coverage team in 2011.