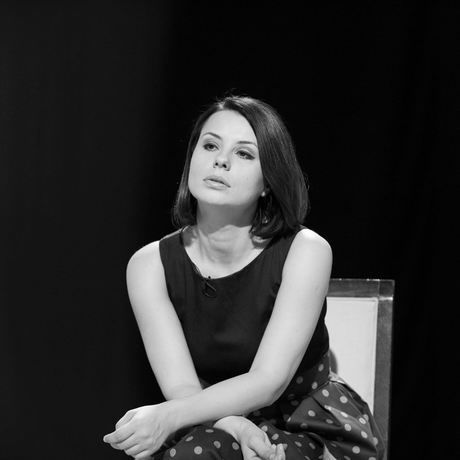 Gianina Cărbunariu – theatre director. Among recent performances: Vorbiți Tăcere?/ Sprechen Sie Schweigen?, Oameni obișnuiți and Solitaritate at the Radu Stanca National Theatre in Sibiu, Artists Talk, producer Arcub, co-producer of Piese Refractare, De vînzare/For Sale and Tipografic Majuscul at the Odeon Theatre, X mm din Y km at Fabrica de Pensule in Cluj – producted by Colectiv A, and Sold Out at the Kammerspiele Theatre in Munchen. In 2014, she was invited with the Solitaritate performance in the official selection of the Avignon Festival, and in 2016, she was again present in the festival selection as the playwright of the Tigern performance produced by the Swedish company Jupither Josephsson. In 2015, De Vînzare/For Sale performance has received the UNITER award for the best performance of the year. Artists Talk is nominated at UNITER in the Best Performance of the Year in 2016 category.

Her plays were also mounted by other directors in European theaters such as the Royal Court in London, Schaubuhne Berlin, Munich Kammerspiele, the Royal Dramatic Theatre in Stockholm, and also in the USA, Canada, South America, Japan, Israel, Istanbul etc.