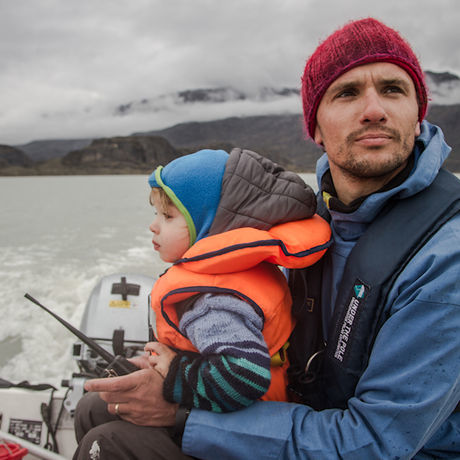 Director of Under The Pole Expeditions, mechanic engineer specialized in energy, graduated from EPFL, specialist in polar dives and underwater cameraman, Ghislain Bardout, 35, has been organizing for 10 years underwater expeditions to the Arctic.

He first worked as logistics and technical manager for Jean-Louis Etienne. Then, in 2010, he led the Deepsea Under The Pole expedition under the ice of the North Pole, whose images have been shown around the world.

After buying with his wife Emmanuelle WHY, a polar schooner designed for exploration, he directs in 2014/2015 UTP II – Discovery Greenland, a 21 months exploration including an overwintering in the ice. During this adventure, at the crossroads of exploration, science and culture, he made the first dives at a depth of more than 100 m below the sea ice.