Discussing the intricacies of growing within a hidden art form & maneuvering out of the shadows.

Using train tracks and overpasses as their public art galleries, Francisco Sanchez & Vogue of TDK Crew explain the techniques of can control, personal growth, and making a positive change in the community while preserving a respectful graffiti culture & medium within the art world. 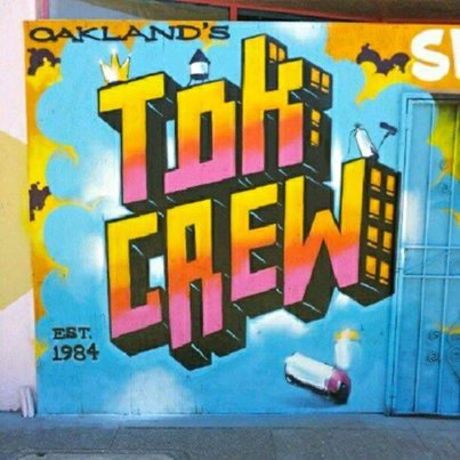 Francisco is a multi-disciplinary self-taught artist from Oakland California and works predominantly with the aerosol medium. Francisco has been painting for 15 yrs. and for the past 7 yrs. has been teaching youth to express themselves through Aerosol Art. In addition, he continues to play an active roll in the aerosol movement in the Bay Area.
Francisco is also a part of TDK Collective; TDK is nationally and internationally respected, known for both their mural projects and dedication to Aerosol Art. For the past three years, Francisco and TDK Collective have been working with property owners, who repeatedly have their building vandalized, by offering to paint murals on their building. The series of murals produced represent Oakland’s rich history, diversity, and resiliency.
Francisco represented Oakland in the Estria Invitational Battle in 2012. He continues to progress with a desire to some day master his art form. Francisco’s work can be found in myriad of public and private art collections in the Bay Area, and has been seen in numerous exhibitions.

Graffiti is the pit bull of the art world. It's misunderstood. It's admired from afar but feared. — Francisco Sanchez

People who practice graffiti or take part in the culture, we call each other 'writers'... we say 'what do you write?.' The word itself translates to 'writing'. — Francisco Sanchez