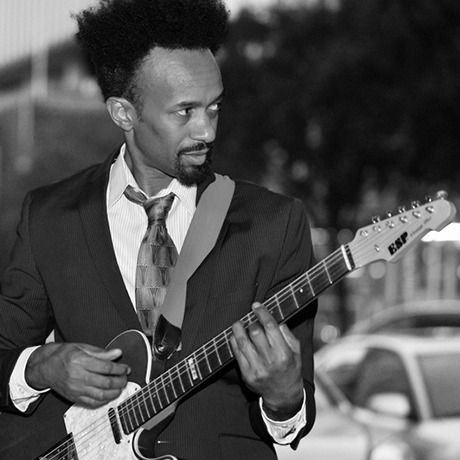 Fantastic Negrito is a musical transfiguration for Xavier Dphrepaulezz. He is black roots music for everyone, Blues with a punk attitude from Oakland, California.

Dphrepaulezz’s life changed drastically when he was involved in a near death car accident resulting in a three-week coma, leaving him with rods and pins placed throughout his body. He struggled with physical therapy for years to get some movement from what he now calls “The Claw.” This quieter time spawned a powerful re-incarnation, and after a five year hiatus, Dphrepaulezz created Fantastic Negrito. Inspired by Delta bluesmen such as R.L Burnside and Skip James, he transformed his compositions by sampling and looping his own live recordings. He told NPR that ‘Fantastic’ is self-explanatory; the ‘Negrito’ is a way to open blackness up to everyone, making it playful and international.”

Believe in something bigger than you. — Fantastic Negrito

When a company gives you a million dollars like that, man, they want your soul. They want your soul, and that hurts. I don't know if anybody's ever been in that situation where somebody's asking for your soul, I couldn't do it. I want to do it! Shit yeah, let's give up the soul, here! And they're like, "that soul sucks." — Fantastic Negrito

Any movements in creativity come from struggle. — Fantastic Negrito