Everett Katigbak discusses analog vs digital and how the two can not only co-exist but compliment each other and bring more humanity to technology. 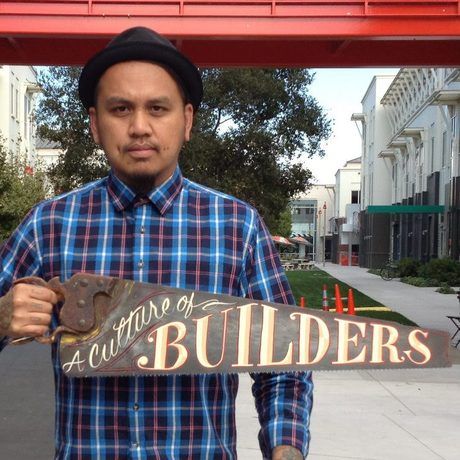 Everett is a tinkerer, storyteller, and hacker of physical objects. As Pinterest’s Brand Manager, his job is to communicate the company’s story to pinners from all walks of life.

Before coming to Pinterest, he was the Environmental Design Manager and an early communication designer at Facebook. During his time there, he helped design the company’s campuses (recently with Frank Gehry Partners LLP) and global satellite offices, created the audio mnemonic and sonic identity, and produced several brand videos. He was also the co-founder of the Facebook Analog Research Laboratory, a print studio and workshop led by a rogue band of pirates determined to challenge the status quo.

In addition to tech, Everett has done a lot of work in the museum industry for the J. Paul Getty Museum and as a freelance exhibition designer. Many of the exhibits he designed were a first for the Getty, ranging from baroque portrait sculpture to contemporary architecture and design.