Susie Louis “Preserve Is My Truth.”

“The stuff that excites me is the weird stuff” 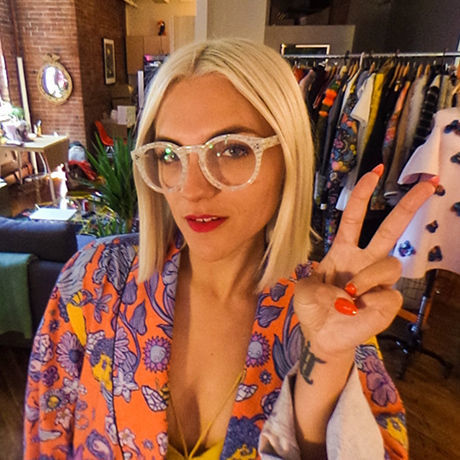 Erin Robertson is an_artist and designer interlaced in Provo, Utah. Robertson was embroidered upon Boston, Massachusetts in 2005, and by (2011) she had stitched herself into the Massachusetts College of Art and Design, where she was bound to study Fashion and Fiber Art, and where her work was well-suited to the tastes of the CFDA Scholarship award committee. In 2016, Robertson made a seamless transition to the cast of Project Runway Season 15 - and didn’t fold under pressure in her pursuit of victory. She made it work - the fun way.

Pinned nowadays to her newly-drafted studio headquarters, Robertson yokes together a tight-knit community of interdisciplinary / multimedia artist friends in Boston. Needled by looming environmental and political issues, she threads sustainable works in collaboration and dialogue with the world-class hub of innovation, MIT. At the apex of art and technology, lies the greatest point of cultural leverage & necessary invention. Like the mythological seamstress Arachne, an Erin’s tapestry is simultaneously satirical & sublime - a serious joke.

“I’m not a mean girl!” I can verify that Erin is the polar opposite of a “mean girl” as her mom I should know! 💞

At the apex of art and technology, lies the greatest point of cultural leverage & necessary invention. Like the mythological seamstress Arachne, an Erin’s tapestry is simultaneously satirical & sublime - a serious joke. Erin Robertson is the Future of Fashion!