Writing on the right Side

Erin Miller speaks how the new has corrupted our points of view with how the information is being disrupted to us and how it has been written. The ways we are preserving news these days has had a huge effect in the anxiety within others on our perception. Erin is fighting a way to give the news the right way with exposing the truth on stories. 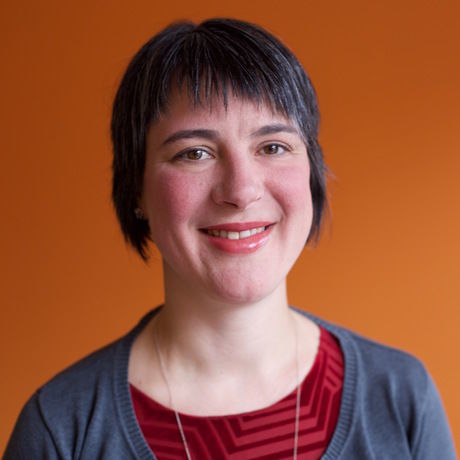 NOTE: THIS FREE EVENT IS NOT SOLD OUT, but due to popular demand, everyone is asked to join the waitlist starting Fri, December 22 from which tickets will be issued via a lottery system. Don’t panic if you don’t get a ticket, priority is given to those who get stuck on the waitlist two or more months in a row.

Erin Millar is Discourse Media’s editor-in-chief and CEO. She has received multiple awards for journalism innovation, including being named 2015 Bob Carty Fellow by Canadian Journalists for Free Expression, Storyteller-in-Residence at Ashoka Canada, and an AmEx Emerging Innovator. She has hosted talks and workshops across Canada and internationally, including at the Canadian Association of Journalists national conference and Italy’s International Journalism Festival. She has reported from over a dozen countries for Canadian and international publications. She taught journalism at Quest University Canada and Langara College. She is a trustee of the Uncharted Journalism Fund and serves on the board of the National Magazine Awards Foundation.

Creativity has expressed itself in different ways throughout my career: I was a professional jazz saxophonist before devoting myself to journalism and storytelling. But much of what I know as a writer I learned as a musician, such as creative tools like tension, release, rhythm, counterpoint, mimicry. I am now founder and CEO of a digital news media startup and I am applying creativity to the task of imagining into reality new models, practices and systems that can realign journalists to serve communities as opposed to advertisers.

Honestly? Sleep. I am also a new mother of twins and so sleeps is the greatest source of, and barrier to, creativity. I am still amazed how much more possibility becomes apparent after a full eight hours of shuteye.

Creativity works in cycles, so be patient. As a musician I would struggle with a new concept or skill for weeks and feel like I was making no progress. Then weeks or months later, once I had moved on to something else entirely, that new skill would naturally show up in my improvisation, almost like magic. So much of my creative process occurs subconsciously, and so I’ve had to learn to be patient and forgiving with myself.

That’s an impossible question. Well, how about Jean Baptiste Joseph Delambre? I once took a very obscure spherical trigonometry class and was delighted and surprised by how elegant, beautiful and creative math can be.

How would you describe what you do in a single sentence to a stranger?

What was the best advice you were ever given?

Once a mentor – a very high powered female CEO, author, mother, volunteer, board director, and on and on – how she managed to do so much, and still have a relatively healthy life. Her response: “I say yes to everything that seems worthwhile and is interesting and then I forgive myself when I mess some things up.” I loved that.