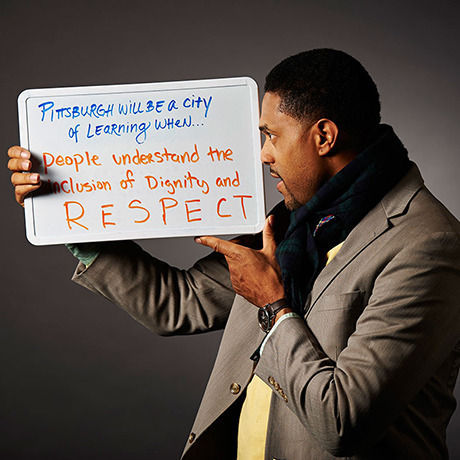 Emmai Alaquiva is an Emmy Award-winning producer, entrepreneur and mentor. Emmai is a 2008 Emmy Award winner, and a 2013 daytime Emmy nominee. Emmai is known for his strong presence in the music, film and radio industries. Once homeless, Alaquiva now holds multiple prominent positions in the field of media including: Music Composer & Arranger, Filmmaker and Radio Producer/Voiceover Artist. Today, Alaquiva is the CEO of Ya Momz House, Inc, a full-service multimedia company, director for CBS Sports Network, as well as the founder and Executive Director of Hip Hop On L.O.C.K., an award-winning arts education program for youth K-12 with branch programs including radio and television. Alaquiva’s work can be seen and heard across the country from BET, PBS, Pandora Radio and more. Alaquiva prides himself on serving the community and the youth to his fullest extent, often going above and beyond to ensure that the youth in Pittsburgh receive all the advantages in the world.