Dr. Susan Spatz asks the question: How do we keep the realities of history from repeating?

When recently passed laws condone prejudice and discrimination, and politicians continue issuing promises to “make America great again,” a door is opened for those who hate. Bigotry becomes justified, and brutality is likely not far behind. These modern day realities make the words of Dr. Susan Spatz more resonant than ever. In her talk, she shares her journey as Prisoner 34042 – a number, a slave, a survivor of Nazi terrors – and her experiences surviving unimaginable brutalities justified by a system that worked to turn large numbers of its citizens into non-persons. 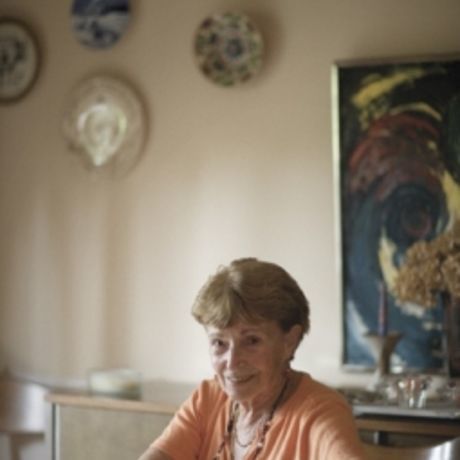 Susan Cernyak-Spatz, née Eckstein, was born in Vienna in 1922. In the following twenty-three years she experienced many of the terrors of her fellow European Jews: early Nazi oppression in Berlin; post- “Anschluss” Vienna; Nazi occupied Prague; and deportation to Theresienstadt in 1942. But the true horrors of the Nazi “Final Solution” awaited her in Birkenau, the woman’s camp in Auschwitz where she survived her internment, beginning in January, 1943, for two years. These months of hell were followed by a “Death March” and incarceration in Ravensbrück from which she and a group of fellow inmates walked away to freedom.

After the Liberation, she worked for the American Counter Intelligence Corps as an interpreter, and then for the British Military Government, also as an interpreter. She was reunited with her father in August, 1945 in Brussels. She married an American GI and came to America on July 4, 1946. She has three children and continues being active in the field of Holocaust studies which she has also presented in Germany in yearly lectures for over a decade.