Dom Streater is an American fashion and print designer, who after winning season 12 of the Emmy award winning television series, Project Runway, quickly made her sartorial mark on the industry with her use of graphic prints based on her paintings. Dom also returned to Project Runway Allstars Season 5 to once a gain take the title as winner in 2016. In this talk, Dom shared the latest and most interesting avant garde designs shocking the world and changing that way we look at fashion. 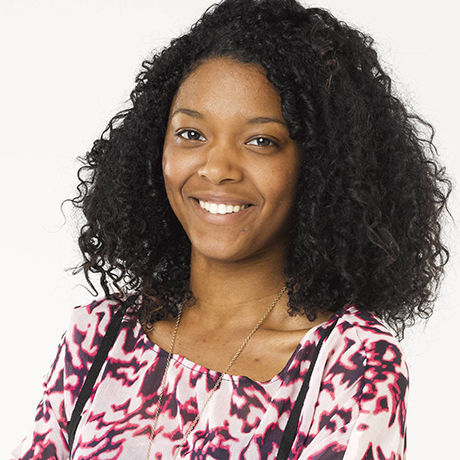 Dom Streater is an American fashion designer, who after winning season 12 of the Emmy award winning television series, Project Runway, quickly made her sartorial mark on the industry with her use of graphic and never before seen art based prints.

Dom has received an official proclamation from the mayor of Philadelphia, been named one of Nicole Millers “Most Fashionable Women of Philadelphia”, has been featured in numerous magazines, including Marie Claire, Essence and Jet. Dom has designed for numerous well known clients including an exclusive clothing collection for Belk stores and a collection of headphones for Velodyne.

These people, they're not weird and they're not crazy. They're just artists. — Dom Streater

It's almost becoming normal to be avant garde. — Dom Streater

In short, this was the weirdest shit I've ever seen. — Dom Streater