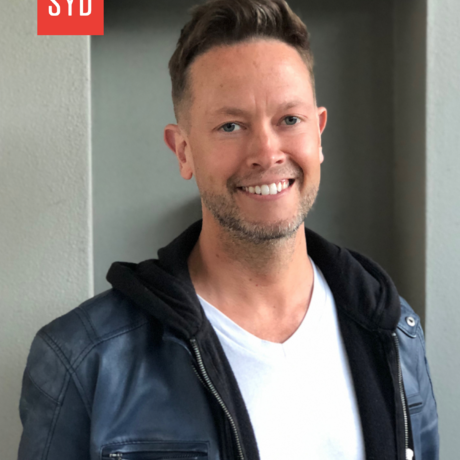 David has worked in advertising, production, branding and social impact for the last 20 years with some of the world’s most influential individuals and organisations – from Beyoncé to Ban Ki-moon.

David started his career as a creative with Saatchi & Saatchi Sydney and moved to NYC to work at The United Nations in 2008.

In his current role as Chief of Brand Building at UNICEF, David manages UNICEF’s Brand, Campaigns, Events/Special Projects and Goodwill Ambassador teams, and is currently overseeing the global re-branding of the organisation.

Prior to this David worked as the content producer for United Nations Secretary-General Ban Ki-moon, and as Head of Film and Special Projects for the UN’s humanitarian arm, OCHA, producing content around the world from North Korea, to Haiti to the Polar Ice Rim.

Collaborations David has led include; a campaign with Beyoncé for World Humanitarian Day, which reached over 1 billion people on 19 August, 2012 - including a live music video recorded in the UN General Assembly Hall (106 million views); a collaboration with producer/DJ David Guetta resulting in an EDM film and live Twitter board projected across the front of UN Headquarters in New York; and a global App-based remake of John Lennon’s icon track #IMAGINE with the kind permission of Yoko Ono (65 million views).

Most recently David was the global lead on the inaugural World Children’s Day (20, November 2017) which launched across 161 countries, attracted over 7 billion media impressions, was headlined by David Beckham, Millie Bobby Brown and Hugh Jackman, and raised over a million dollars in support of vulnerable and hard to reach children.

David has won over a dozen international film and advertising awards, including Cannes Lions, a VR film at Sundance and consecutive MTV Music Video Award nominations. He was named ‘2002 Young Australian of the Year’ for Community Service by Prime-Minister John Howard and awarded a Centenary Medal for his cause-based media work.

David is a guest lecturer at NYU and Fordham, and has been interviewed on CNN International, The Today Show and China Global on the work of UNICEF and the United Nations.