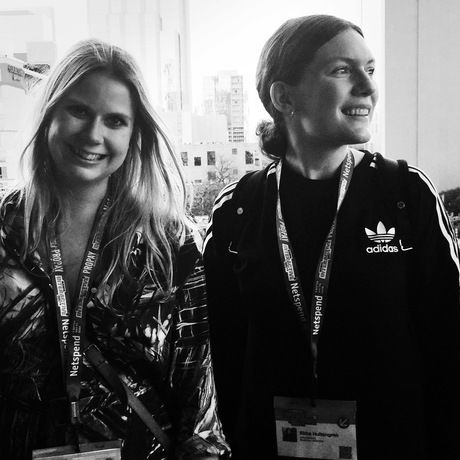 At this Creative Morning Stockholm Jung – an award winning communication agency that thrives on disrupting industry conventions and bringing new energy to market communications and public relations – will present the leading trends from this year’s SXSW festival. From a pop culture perspective high flying thoughts from industry leaders will be shared alongside hands-on examples from participating companies and start-ups.

Representing Jung in Austin and at Creative Mornings Stockholm are Ebba Hultengren, Head of Creative and Nicolina Jonsson, Planner and PR-advisor. With years of experience as a creative in the PR-industry Ebba has long worked in the twilight zone between PR and advertising. By finding new and exiting ways to bring brands into everyday conversations and people’s hearts she has won awards at industry events like Cannes Lions, New York Festivals, SABRE Awards and Young Guns to name a few. Nicolina started off as a buyer in the fashion industry but decided to take a break to pursue a Master at the Stockholm School of Economics. Since then she has been at Jung, aiming to help brands do more meaningful and sustainable communication efforts, thus creating more value for themselves, the consumer and the world at large.

About SXSW: SXSW – WHERE POP CULTURE MEETS TECH AND DEFINES THE FUTURE SXSW - the festival in Austin, Texas that merges interactive, music and film. The festival’s Interactive program has increased in importance and scope every year by successfully merging the digital world with popular culture and society as a whole. Starting of on March 11th the hottest start-ups have five days to compete in defining the future alongside giants like President Obama, Google, Facebook and influencers in sustainability, fashion, food and media.