The Importance of Investing In Your Community

Listen along as Councilperson James Cooper talks on Investing in our community. 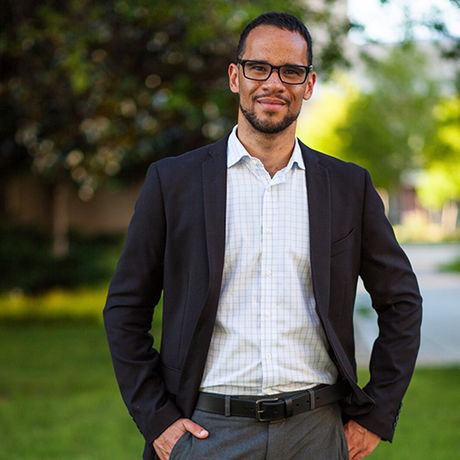 James Cooper took the oath of office in April 2019 to begin his first term on the Oklahoma City Council. Previously, he served as an Oklahoma City Public Schools teacher and is a published writer, who lives in OKC’s historic Paseo neighborhood. A former AVID middle school college preparation teacher for OKCPS, Councilman Cooper works presently as an adjunct Film Studies and Philosophy professor at Oklahoma City University, where he serves on OCU’s Arts and Sciences Advisory Board. He also teaches English at the University of Central Oklahoma.

Councilman Cooper serves as a trustee on the Central Oklahoma Transportation and Parking Authority (COTPA) Board of Trustees, as well.

Councilman Cooper was born in Midwest City where his mother, a retired registered nurse, still lives.

He received a bachelor’s degree in Film Studies with a minor in Political Science from the University of Oklahoma. He began his teaching career at OSU as a graduate assistant, where the university’s English Department recognized him for Teaching Excellence in Composition. He holds an MA in English at Oklahoma State University and graduated at OCU with his Creative Writing MFA.

In 2009, The Society of Professional Journalists awarded James for a column he wrote for OSU’s The Daily O’Collegian on federal hate crimes legislation. Later that year, the O’Collegian promoted him to Opinion Editor.

James’ essay on the 2013 tornado that devastated Moore, “An Oklahoma Perspective on Tornado Alley,” appeared in the Huffington Post.

The Oklahoma Gazette published Cooper’s 2011 two-part article on the history of Oklahoma City’s LGBTQ community, “From Closet to Community.” He spent more than a year researching the story.