Pat Castaldo The Culture of Theft 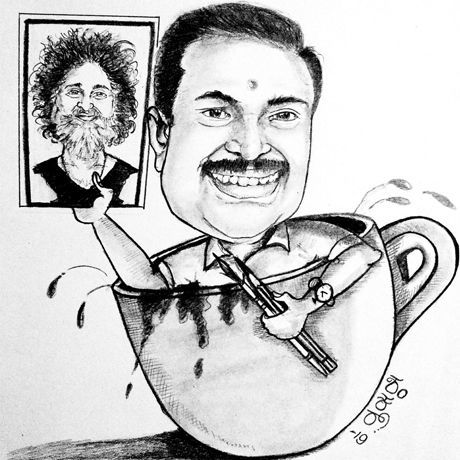 Selling coffee, tea, badam milk and butter milk on his mobile cafe named Shankar’s Cartoonist Coffee, Shankar earns a living while giving form to his hobby, cartooning. Shankar’s day starts at 3am ending only at 8pm. “My morning dose of filter coffee is sold between 5am and 7pm near Banashankari BDA complex” says Shankar, who supplies 200 to 250 cups of beverages per day. He also claims satisfaction using his time to draw cartoons, mostly related to the day’s news or even of his customers. He also published a small book which features cartoons based on important news items. It was his guru, Su Vi Murthy who identified his extraordinary talent. A Malayalee by birth, Shankar doesn’t know his own language. “My parents were based here and I was born in Karnataka. Kannada is my mother tongue,” he revealed.