Culinary Creativity in Our City

Chef Matthew Carmichael speaks on his journey and experiences as a chef. 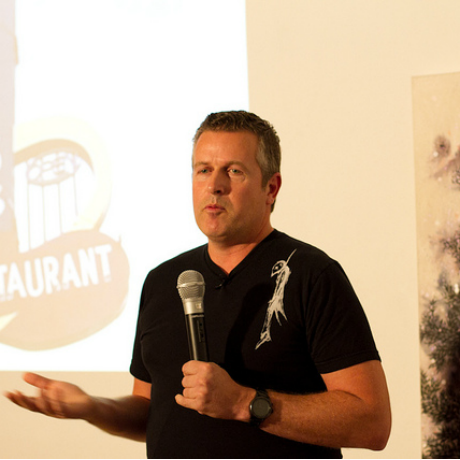 Chef Matthew Carmichael is the driving force behind Mello’s Pop Up Kitchen., the first beast of this nature in Ottawa and joins a host of a few pop-ups experiments that have recently surfaced in Ottawa this year. The former Executive Chef of E18ghteen, the Social and Sidedoor arrived in Ottawa six years ago having trained under the renown Susur Lee at Susur in Toronto (now closed). As a young chef he opened the popular Ottawa restaurant E18ghteen and later travelled/trained in Thailand in preparation for the opening of Sidedoor.

In his capacity as head chef at E18ghteen he quickly rose to an almost celeb chef status, something that he insists was all “all part of his journey” and making him the humbled chef that he is today. Carmichael won gold at the regional Gold Medal Plates competition in 2009, followed by bronze that year at the national competition finale. He is among the city’s most respected chefs, with a loyal following in the culinary community.

A restaurant should create a story, and not just a dining experience. — Matthew Carmichael

Hosted by Ottawa School of the Arts