Chicago is a beautiful industrial city that is constantly going through change. This couldn’t possibly be done with out the vision of great architects, such as Carol Ross Barney. She talks about the past, present and future of the Chicago River and her role in changing its landscape with the Riverwalk. 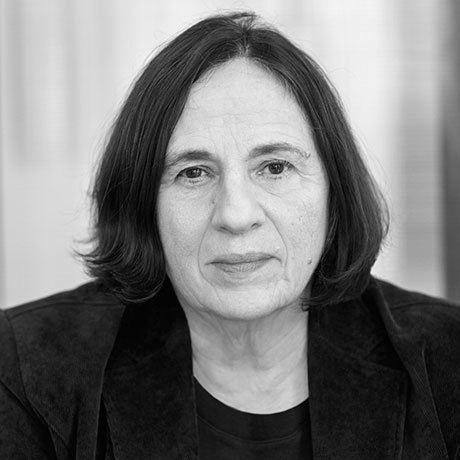 If you are a Chicagoan of a certain age, you remember a time when the Chicago River wasn’t just a little nauseating. It was downright awful, a festering wound through the middle of the city. That we think of the river these days as a nice spot for a coffee is a miracle which we owe in large part to Carol Ross Barney’s persistence. An Architect/Urbanist with a civic bent, Ross Barney has worked for some two decades to build a coalition, advance a vision, and develop a design for the Riverwalk. Carol also has great ideas on using the river as another form of public transportation, with sound research to prove that it’s not only achievable, but affordable.

Carol Ross Barney, FAIA and her studio, Ross Barney Architects, have been dedicated to designing public places and spaces since 1981. From small, community buildings, to campus buildings for premier academic and research institutions, to groundbreaking new transit stations that connect vibrant neighborhoods; her exploration into the power of how architecture improves our lives has produced distinctive structures that have become cultural icons.

Her work has an international reputation in design of institutional and public buildings and has been exhibited and published in national and international journals, books and newspapers and web media. Her building designs have received numerous honors including 4 Institute Honor Awards from the American Institute of Architects and over 40 AIA Chicago Design Awards. Her work has received significant sustainable building awards including two AIA COTE Top Ten Green Project awards, and the Evergreen Award.

Carol is the recipient of the American Institute of Architects Thomas Jefferson Award for Public Architecture, recognizing excellence in architectural achievement and in 2015 she received the AIA Illinois Gold Medal.

Ross Barney is a graduate of the University of Illinois at Urbana Champaign. Following graduation, she served as a U.S. Peace Corps volunteer in Costa Rica planning national parks. She currently teaches an advanced Design Studio at IIT and serves on their College Board of Overseers.