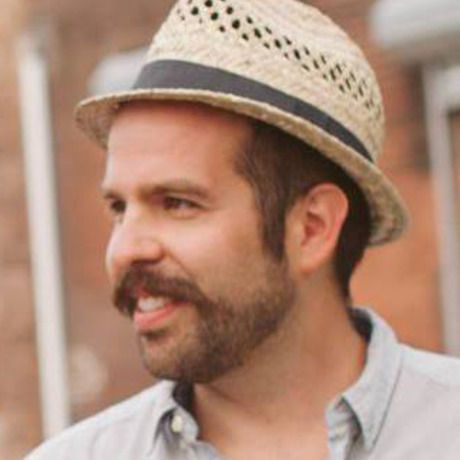 Benjamin Volta (b. 1979 in Abington, PA) earned a certificate in sculpture from the Pennsylvania Academy of the Fine Arts in 2002. He went on to complete a BFA at the University of Pennsylvania in 2005, which included substantial graduate coursework in art history and design. After completing his academic studies, Ben began working with teachers and students in Philadelphia public schools to create participatory art rooted in an exploratory and educational process.

For the past 10 years, Ben has been developing a participatory art-making process that builds upon partnerships with public schools, art organizations and communities. He’s received funding from the Pennsylvania Council on the Arts, the National Endowment for the Arts and the U.S. Department of Education to work in over thirty-five schools on hundreds of projects, which have focused on skills alignments and the integration of art with math, science and reading. The National Academy of Science has recognized his work in several publications and has placed twenty works on permanent display at the Keck Center in Washington, D.C. As a young artist he was a member of the groundbreaking art collective Tim Rollins and K.O.S. in NYC.