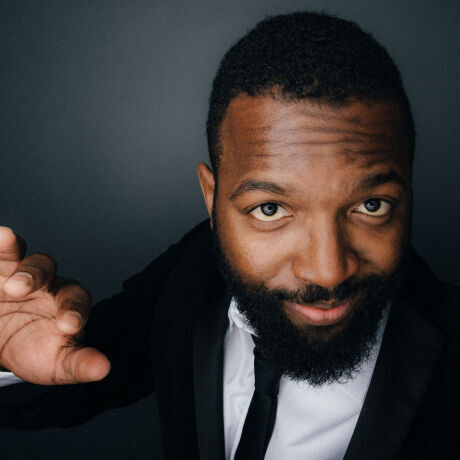 Join us on YouTube Live at 12:00 PM (EDT). Registered members! Check your inbox for the Zoom link before the event.

Baratunde Thurston is an Emmy-nominated host who has worked for The Onion, produced for The Daily Show, advised the Obama White House, and cleaned bathrooms to pay for his Harvard education. He’s the executive producer and host of We’re Having A Moment, a limited-run podcast series that captures this defining moment of pandemic, policing, and race in the U.S. He’s also the creator and host of the twice-weekly pandemic show, Live On Lockdown. In 2019 he delivered what MSNBC’s Brian Williams called “one of the greatest TED talks of all time.” Baratunde has hosted the iHeartMedia podcast Spit, wrote the New York Times bestseller How To Be Black, and serves on the boards of BUILD and the Brooklyn Public Library. Baratunde makes media, delivers keynotes, and promotes action with his unique blend of criticism, humor, and optimism. He’s most invested in topics of race, technology, democracy, and climate because the hard stuff has already been solved.

Basecamp offers a project management tool, Basecamp 3, which helps organizations, teams and individuals manage projects efficiently and effectively. Besides its beautiful product, Basecamp is an entirely remote company, famous for its approach to modern work. Learn more about them at Basecamp.com

Local Partner — Harvest
Harvest is a web-based time tracking and invoicing application relied on by thousands of people around the world, from freelancers to small businesses to departments of Fortune 500 companies. Harvest founders Danny Wen and Shawn Liu had searched for tools to help their agency scale with more efficient methods to track time and send invoices. Unable to find one, they invested their own time, energy, and money into creating what they knew was a better way to run the business—and Harvest was born.

Hubby Jenkins is a talented multi-instrumentalist who endeavors to share his love and knowledge of old-time American music. Born and raised in Brooklyn, he delved into his southern roots, following the thread of African American history that wove itself through America’s traditional music forms. As an integral member of the Carolina Chocolate Drops and later Rhiannon Giddens band, Hubby has performed at festivals and venues around the world, earning himself both Grammy and Americana award nominations. Today he spreads his knowledge and love of old-time American music through his dynamic solo performances and engaging workshops. 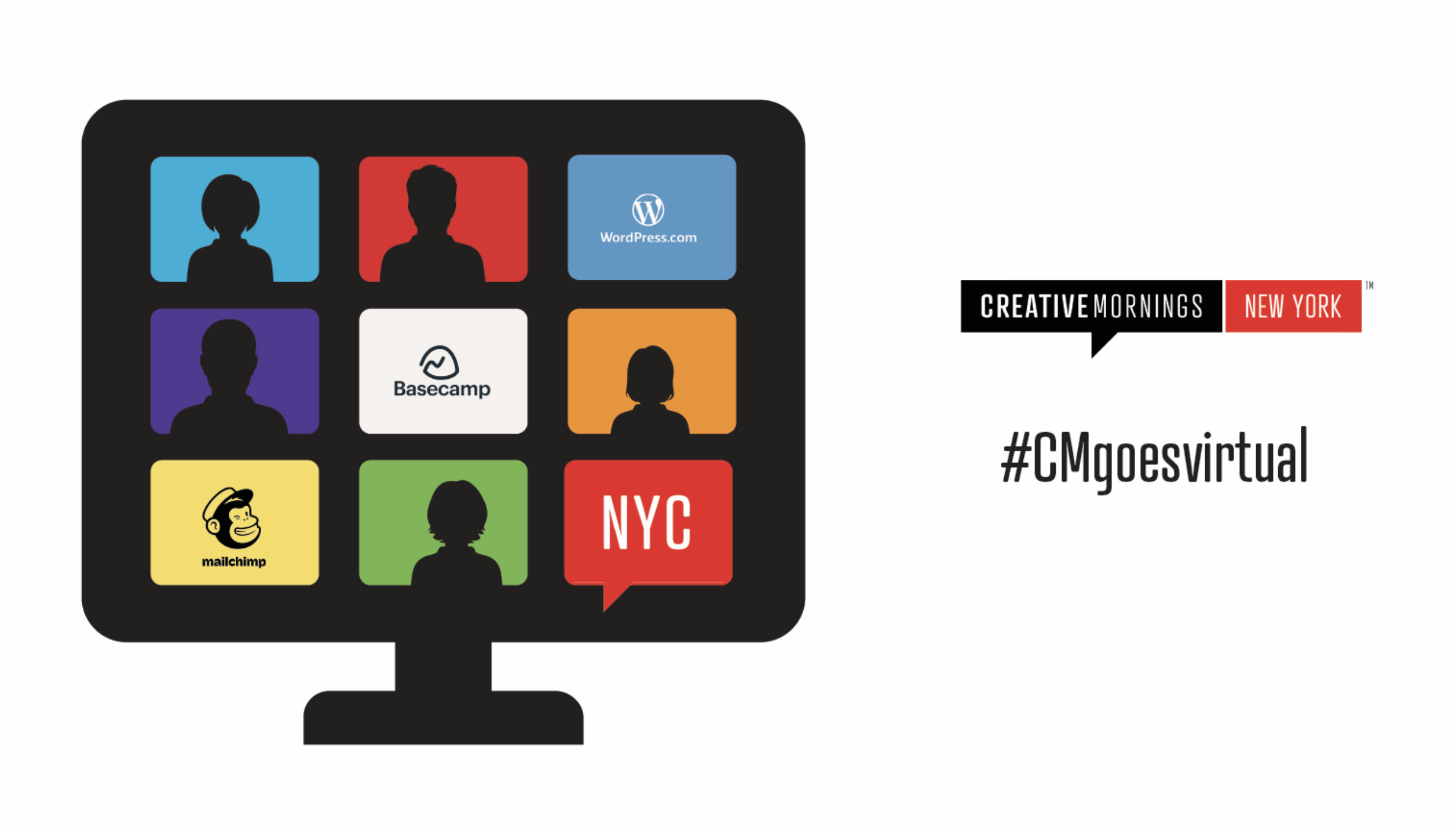 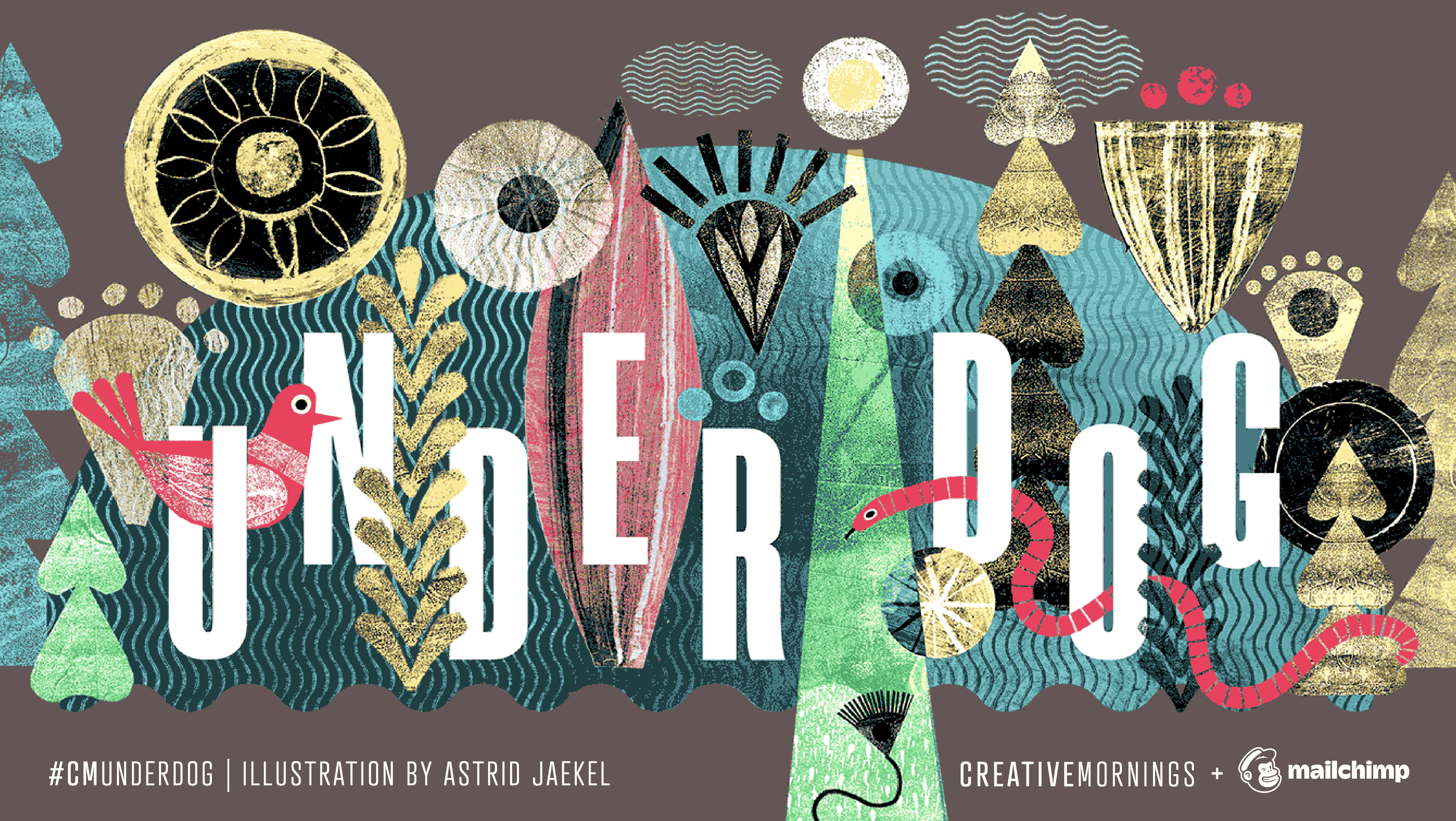 Our Edinburgh chapter chose this month’s exploration of Underdog, Astrid Jaekel illustrated the theme, and Mailchimp is presenting the theme globally.