Taking off our masks

We often put on masks to survive, for fear of being vulnerable or misunderstood. What masks do you wear? How can we work to take these off, and encourage others to live without theirs as well?

How do we ask for help? How are we showing up? Ashanti Branch brings us through his experience becoming a teacher and starting the Ever Forward Club, helping young men of color build character and transform lives. He encourages us to take a closer look at the masks we wear and to understand why we wear them. 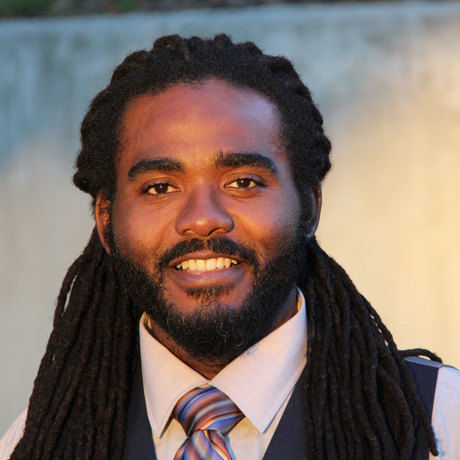 Ashanti Branch works to change how young men of color interact with their education and how their schools interact with them. Raised in Oakland by a single mother on welfare, Ashanti left the inner city to study civil engineering at Cal Poly – San Luis Obispo. A construction project manager in his first career, his life changed after he tutored struggling students and realized his passion for teaching. In 2004, during Ashanti’s first year teaching high school math, he started The Ever Forward Club to provide support for African American and Latino males who were not achieving to their potential. Since then, Ever Forward has helped all of its more than 150 members graduate from high school, and 93% of them have gone on to attend two- or four-year colleges, military or trade school.

The Ever Forward Club was featured last year in the documentary, “The Mask You Live In,” which premiered at the 2015 Sundance Film Festival. After completing a fellowship at the Stanford d.school in 2016, Ashanti, stepped away from working for a school district and began working as the Founding Executive Director for Ever Forward-Siempre Adelante, in an effort to grow the organization to serve thousands of Bay Area students. In April 2017, Ashanti was awarded a fellowship from the national organization CBMA - Campaign for Black Male Achievement.

I’m hoping that even in the thing that you are currently surviving and currently pushing through, that you are finding ways to keep yourself supported. — Ashanti Branch

What if you grew up believing asking for help didn’t matter? — Ashanti Branch

Hosted by The New Parkway