How serendipity helped start a charity

After watching a BBC Panorama documentary on women dying in childbirth in Sub-Saharan African countries, Angela founded the charity ‘Life for African Mothers’. The charity’s work has helped save the lives of more than 100,000 women by preventing them dying in childbirth. 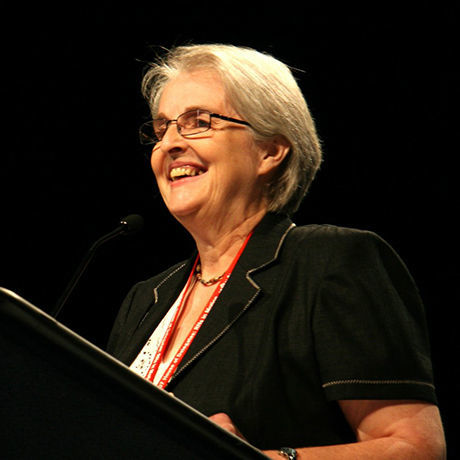 Angela worked for the NHS as a nurse for over 30yrs. The 22yrs prior to her retirement in 2010 were spent as a Senior Sister in the Welsh Regional Neonatal ICU in Cardiff.
In 2005, Angela was instrumental in setting up the charity Life for African Mothers (LFAM) having responded to a BBC PANORAMA programme called “Dead Mums Don’t Cry” set in Chad Central Africa. The dramatic programme showed that women were dying for the want of cheap available medications, so she, along with other viewers who contacted the BBC set about fundraising and sourcing the medications, which were then shipped to Chad. Five months later, Angela found herself sitting in the hospital and speaking to the Doctor who inspired the programme. The BBC returned with the group to film the impact of the programme and she met with the UN, an event which took the charity from supporting one hospital in one country, to that of a highly respected, much needed pan-Africa organization.

Angela has made 31 visits to 12 countries in SubSaharan Africa since seeing the programme and now finds “normal” holidays boring! Married to Mike, a retired civil servant, Angela has 3 grown up children and 4 grandchildren who have difficulty keeping up with her travels as she undertakes what she regards as the best job in the world and a privilege to be a part of saving women’s lives.