The less you own, the more you have 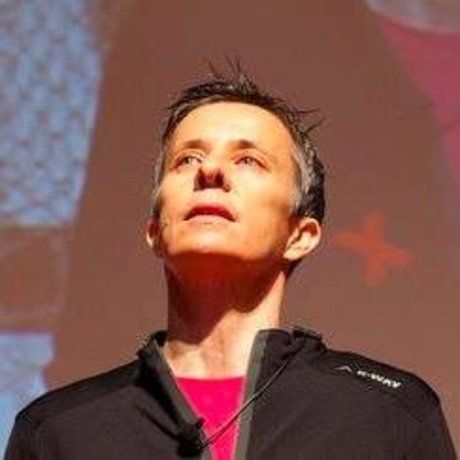 Angela is a freelance writer, minimalist lifestyle blogger and sometime social media strumpet (currently contracted to the government). Her background is about as diverse as it gets. Previous jobs include graphic designer, receptionist, catering manager, baker, film set gopher, chaperone and tea maker (okay so she just worked for the tea maker, but still).

That said, Angela’s résumé (gripping though it may be) is not the yardstick by which she measures her success. Although given its decidedly checkered leanings, this probably isn’t a bad thing. After all, one can’t expect to list gopher as a job title in one’s work history and still expect to be taken seriously.

Angela (who, by the way, abhors writing about herself in the third person) initially opted to identify herself through her lifestyle rather than her career to avoid the abovementioned pitfall, though she’s since realised that it also provides better fodder for small talk at cocktail parties. Apparently it’s less of a conversation-stopper than saying she once worked as a chaperone.

Interestingly, it was only after Angela and her partner sold the vast majority of their belongings in 2008 that she discovered their new lifestyle had a name: minimalism. For her it was simply a means to an end.

What began as an experiment grounded firmly in practicality (they wanted to make moving house less stressful), ended with the pair inadvertently thumbing their noses at the marketing moguls who’d sold them the stuff in the first place.

Angela’s smug satisfaction was short-lived however; as a little researching quickly revealed that they were far from the early adopters she’d initially imagined them to be. It turns out Vicki Robin and Joe Dominguez, co-authors of Your Money or Your Life, were already running frugality seminars around the US in the 80s. A time when Angela (sporting a David Byrne suit and Grace Jones flat top) was hard at work collecting every Culture Club album ever recorded.

Nowadays the only shopping she does is for groceries, and even that is under extreme duress. Happily perched on the fence between IRL (in real life) and online, Angela prefers to spend her time expounding on the upsides of downsizing to anyone who’ll sit still long enough to listen. She’s found offering free coffee and breakfast to be an excellent ploy in this regard.

The less you own, the more you have! — Angela Horn