part of a series on Roots 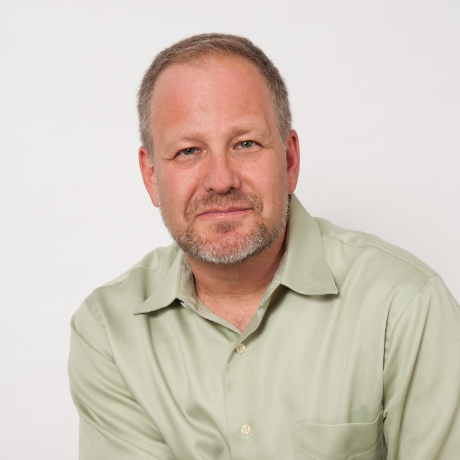 Andrew Wolk is the founder and CEO of Root Cause, which he founded in 2004 as a means to pursue his life’s work: how best to utilize resources that enable more people and families to achieve lifelong success.

At Root Cause, Andrew has partnered with dozens of foundations, nonprofit organizations, public school districts, and government agencies. His work on collective action, measurement, learning and improvement, and strategy projects has helped organizations across the country to improve people’s lives with respect to education, economic development, and health. In addition to leading Root Cause’s work, Andrew has launched, incubated, and spun off two sustainable, independent nonprofits, the Social Innovation Forum (SIF), Interise, and one consulting firm, Impact Catalysts. Andrew is also widely recognized as a leading social innovator and a pioneering teacher of social entrepreneurship. He designed and taught one of the nation’s first courses on social entrepreneurship at Boston University. He has held positions as senior lecturer in social entrepreneurship at MIT and as a Gleitsman Visiting Practitioner at Harvard Kennedy School. He has also served on boards for the Social Enterprise Alliance and the Social Capitalist Awards. He helped establish the Boston chapter of Social Venture Partners and served on its international board. He currently serves on the board of Company One Theater, a Boston-based theater company that builds community at the intersection of art and social change

Andrew earned an MBA in Entrepreneurship and Nonprofit Management from Boston University, and a BA from Lehigh University.

Andrew recently led Root Cause through a repositioning and is now exploring the question “Are We Making Enough of Difference?” in his regular blog, Finding Common Purpose. He believes the “American Dream”—the idea of America as a land of equal opportunity in which every generation will be better off than the preceding one is no longer operating in the 21st century. Underpinning this decline is something no one seems to be willing to confront: a massive, largely dysfunctional, trillion-dollar Nonprofit Industrial Complex: the complex web of tens of thousands of nonprofit organizations, myriad government programs at the federal, state, county, and municipal levels, thousands of foundations, millions of individual donors and volunteers, and hundreds of different school models. As Andrew sees it, the first step in dealing with this dysfunction is to come to establish a new social contract founded upon an agreement about what success looks like in the 21st century, along a pathway from a healthy birth, to a quality education, to a well-paying job, and to healthy and secure aging.

tonneson + co is an entrepreneurial certified public accounting and consulting firm providing custom accounting, tax, auditing and business advisory services that address the local, domestic, and international needs of our clients. Our firm culture is client-focused. Our people are exceptionally talented. Our passion is unmatched.

The Creative Group (TCG) specializes in placing a range of highly skilled interactive, design, marketing, advertising and public relations professionals with a variety of firms on a project, contract-to-hire and full-time basis. More resources, including online job-hunting services, candidate portfolios and TCG’s blog, can be found at creativegroup.com.

Charlestown Audio & Visual is a boutique audio visual and media provider. We mix creative enthusiasm with technical excellence, producing empowering events and captivating media. Founded in Charlestown, MA, we are now located in Boston, New York City, and Washington, DC. We service events and produce media for our clients across the world.

The Danger Booth is the next step in the photo booth movement. Designed by professional photographers with fun, simplicity, and the environment in mind, The Danger Booth offers a solution to boring table shots, unreliable disposable cameras, and missed moments with friends. We’d love to get dangerous with you!

Paul Horton Visuals is a film and photography production studio focused on representing the authenticity in stories and of their subjects.

Cultivating community through coffee. beantrust will assist you in crafting a coffee, tea, and chocolate experience that revitalizes your office and event spaces. 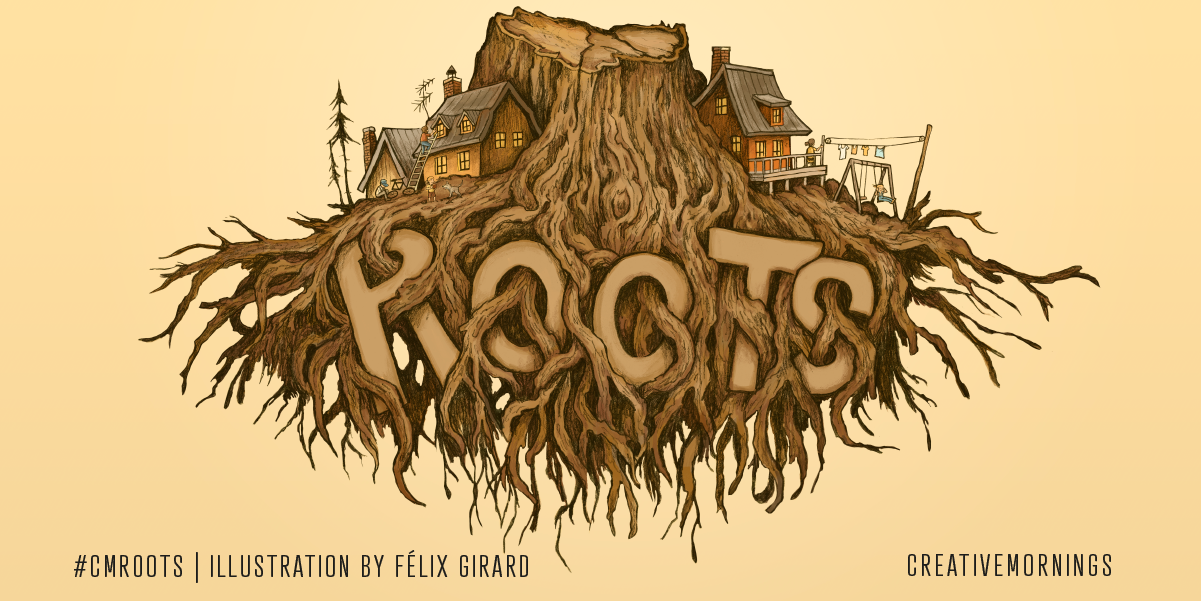 A tree is made up of not only its colorful leaves, but also its bark, branches, and most of all — its roots. The roots exist to provide sustenance and a strong foundation for the rest of its body.

Examine your own ‘roots.’ When you retrace them, what do you find?

In his CreativeMornings talk, James Victore shares, ‘The things that made you weird as a kid make you great today. But only if you put it in your work.’ Identify the things that ground you and what you’ve carried with you over time. How have your roots shaped who you are today?

The start of a brand-new decade gives you the perfect excuse to dig up the old and to nourish the elements that sustain you. Courageous, creative work begins below the ground.

Our Québec chapter chose this month’s exploration of Roots and Félix Girard illustrated the theme.