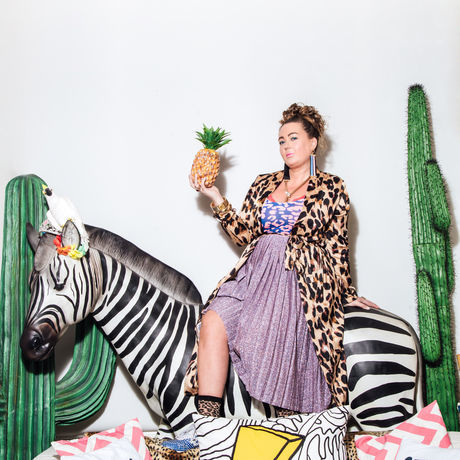 Andrea Horan is an entrepreneur; a communicator; a glitter activist and sometimes drag queen.

Following 10 glorious years spent in Youth Communications Agency Thinkhouse, the next obvious move was to open nail bar Tropical Popical (so obvious) in 2012. Tropical Popical has provided her with the platform to flex her interest in art with collaborations with the RHA and the National Gallery of Ireland under her tropical belt. It’s also allowed her to do the type of work that’s most important to her and that she most enjoys – meeting locals within a kitsch & creative space. She was awarded Stellar’s Best Irish Founder in 2016.

Andrea celebrates her belief in the three F’s - feminism, femininity and fun – through Tropical Popical and her not-for-profit venture The Hunreal Issues. Established to try and mobilise the army of women who felt apathetic towards politics in general and reproductive rights in particular, the project aims to throw glitter on the subject of Repeal without minimizing the issue ahead of the referendum on the 25th May.

In December 2017 Andrea gave a TEDx talk on the subject of ‘Escaping the Economy of More’. More recently she’s joined forces with Irish Times journalist Una Mullally to start podcasting with ‘Don’t Stop Repealin’’ which topped the iTunes charts in it’s first week.