A movement standing on the shoulders of giants: Alicia Garza and Black Lives Matter

Alicia Garza never got the “birds and the bees” talk. Raised by a single mother in the Bay Area, she was told two things: sex makes babies, and those babies are expensive. It’s no surprise that Garza’s work is as direct and honest as her mother. Starting young, she immersed herself in working to advance reproductive rights at the age of twelve. She soon realized race and class divisions persist even in progressive movements. Black Lives Matter began by correcting social inequities in Bay Area neighborhoods of color. Stemming from a lack of development, employment opportunities, and fair housing, as well as environmental pollution and historical redlining, people of color were systemically outcast from the means of wealth building in America. By elevating the discussion in society that black lives matter, Garza shows how under-representation and over-policing of black and brown bodies isn’t just. She calls it as it is, and asks for all of us to commit, organize, and restart democracy. 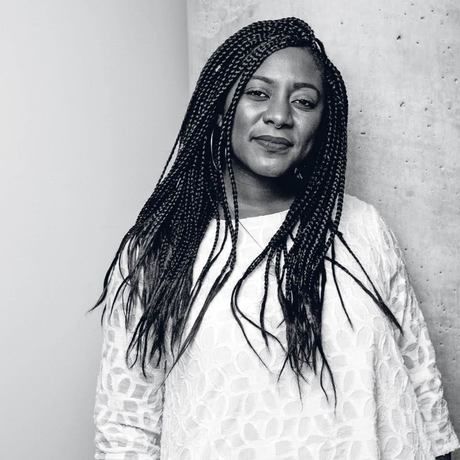 Alicia Garza is an internationally recognized organizer, writer, and public speaker. In 2018, Alicia founded the Black Futures Lab: the Lab invites Black people to experiment with new ways to build independent, progressive Black political power. Alicia dreams of a future where all Black communities have what they need to live well.

As the Strategy & Partnerships Director for the National Domestic Workers Alliance, Alicia works to build a movement at the intersections of race, gender, and the economy. With Opal Tometi and Patrisse Cullors, Alicia created #BlackLivesMatter and the Black Lives Matter Global Network, a global organizing project to end state violence and oppression against Black people. The Black Lives Matter Global Network now has 40 chapters in 4 countries.

Alicia’s writing has been published in Time, Mic, Marie Claire, The Guardian, Elle.com, Essence Magazine, and The New York Times. She was awarded the 2017 Sydney Peace Prize with Black Lives Matter co-founders Patrisse Cullors and Opal Tometi; Fortune Magazine’s 2016 list of the World’s Greatest Leaders; and was a member of the 2016 Tribunal of the US Black Women’s Truth and Reconciliation Commission held at the United Nations. Alicia is one of the 100 Women We Love named by GO Magazine in 2018, a Fast Company 2017 Most Creative People in Business, appeared on The Root’s 2016 and 2015 list of 100 African American Achievers and Influencers, and in the POLITICO 50 Guide to thinkers, doers, and visionaries transforming American politics in 2016. Alicia also received the 2016 Glamour Women of the Year Award, the 2016 Marie Claire New Guard Award, and in 2016 was named a Community Change Agent at the BET Black Girls Rock Awards.

Alicia has an MA in Ethnic Studies from San Francisco State University and a BA in Anthropology and Sociology from the University of California, San Diego. She lives and works in Oakland, California.