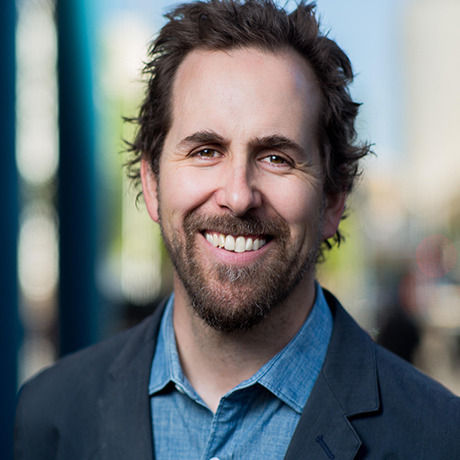 Alexander Webb has been primarily interested in how emergent organizational systems can be deployed and mis-used for functional purposes. Using computational design workflows, Alexander looks to evolutionary intelligence and algorithmic models as the generator of architectural concepts. Using programming languages as an integral part of his design process, Alexander works to codify environmental data, urban behavioral data, and any other big datasets and integrate them into architectural systems to create high-performance constructs.

Alexander is the Assistant Professor of Emergent Technology at the School of Architecture and Planning, University of New Mexico and a PhD candidate in Digital Design at the European Graduate School. Alexander has also taught architecture at Woodbury University and Otis College of Art and Design. Alexander established his own design practice and consultancy firm in 2010, and has worked for firms such as (M)Arch., Marmol + Radziner, Patterns, Coop Himmelb(l)au, Xefirotarch, Jones Partners Architects, and Gensler. Alexander holds a Masters of Architecture from the Southern California Institute of Architecture, a Bachelors of Fine Arts from Colorado College, and has also studied architecture and design at the Berlage Institute and Columbia University. Alexander is a licensed architect in the state of New Mexico and a LEED Associated Professional.

In a Shinto framework, the idea that objects have a spirit, have a soul, have a character is not that unusual. So therefore there is nothing strange about the robot you create having a degree of personality. — Alex Webb