Adriana Costa Santos and Bert Van Vossole explain how being courageous can bring people together, even in difficult circumstances.

An exceptional example of humanity and a win-win for citizens and refugees. 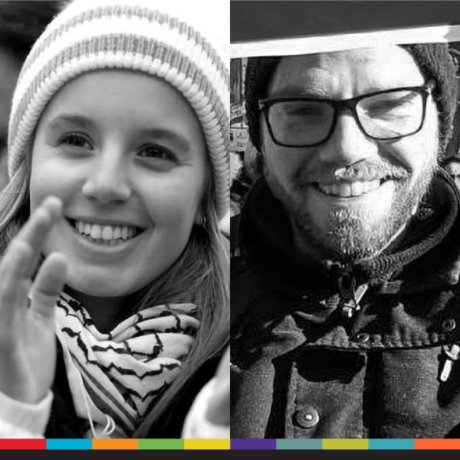 Adriana Costa Santos
After her bachelor International Relations, Adriana planned a gap year. In October 2015 a friend from Brussels called with a proposition: to come and do volunteer work for a month in Brussels where a tent camp had formed because of the influx of asylum seekers. Being Portuguese she never heard of the situation but straight away bought a ticket for a month and never left. The volunteers and refugees quickly became her very close family. In the turmoil, she met Mehdi Kassou, one of the founders of the Citizen Platform for Support of Refugees, and they fell in love with the work and each other.

Bert Van Vossole
With the growing number of refugees in the summer of 2015, Bert decided to try and help refugees who came to Belgium to get integrated. Graphic Designer by day, but helping people became his most rewarding hobby: giving drawing lessons to unaccompanied refugee teenagers, forming a local support group, helping to find a first home for refugees who were recognised by the government, helping them to find and move furniture, forming a local Facebook support group, etc.