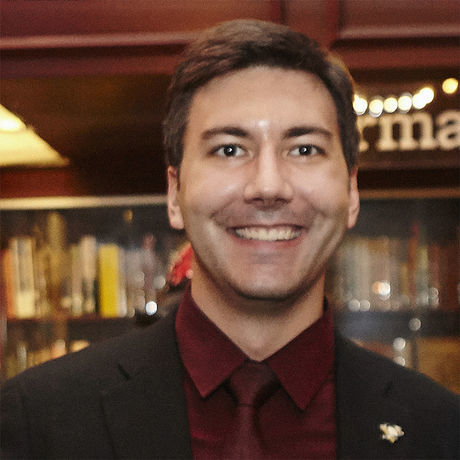 Project Manager at The Bloc.

He currently resides in New York, NY, where’s he’s lived for over 5 years now. If you ask where he’s from, he’ll give you a different answer every time. Such is the life of an army brat. 🖖🏻

If he's not wandering around the city with a camera, he's probably hunkered down at an interesting locale while perusing a new book or, fountain pen in hand, working on writing his own. 🖋

He's constantly scouting for the perfect Old Fashioned, a hidden gem at the Strand, or a Maltese to pet. 🥃

According to friends, he is “obsessed” with the Pittsburgh Penguins. 🐧

David sporadically writes at To Be Determined. He also needs to update his photography portfolio. His work was most recently exhibited as part of the Our Moments Spring 2014 show. 📷

David believes in giving back to his community and is an active volunteer through BC NYC Alumni volunteering. In the past, he’s volunteered for Covenant House and House of Genius. They’re worth checking out.

Life, the universe, and everything

❝Every day, once a day, give yourself a present. Don't plan it. Don't wait for it. Just let it happen.❞

Point your camera towards the stories that need to be told. Pick up your pen and write the stories that the communities that are most vulnerable and do it with love and dignity and respect.

One of the hardest things in the creative process actually is saying no and you have to say no in order to make progress.