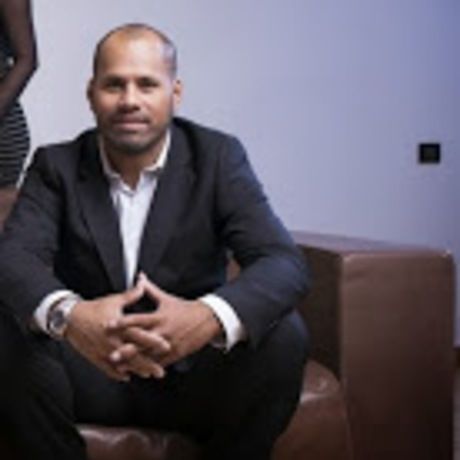 Living in San Diego, CA.
You Might Know Me From

45yrs of age and still trying to live like I'm in my 30's. I live with my wife and a soon to be 8yr old daughter in Carmel Valley. I am now working on a new business venture in our new home of San Diego. I'm a little upset at myself for taking so long to move here but it's ok because we're here now. Was always interested in tech and progressive thinking so I'm excited to start attending some talks.

A lot.. I know now that it doesn't matter.

Many things! I am very old school it terms of starting a business and my approach may be a little dated. I am fascinated by technology and how it's all moving so fast and I'm putting myself in positions where I can learn as much as I can about everything, so if there is anything I need help with it would be just finding a group of people that would kinda take my hand and show me their world. Maybe just hanging around would be good. I'm good with putting the pieces together.

If there's anything you want, you have to go do it! You don't ever want to get so far in life and have regrets for never trying. "My Father"

My Father. I admire him for all that he's done for his family. An immigrant from a distant island, he moved his wife and two sons to America and worked his butt off for many years taking any job most wouldn't do to raise his children. Eventually he worked to the point where he started opening his own businesses, attended night classes to perfect his English then years later began teaching English, all the while having six more children to complete his "Little Big" family and instilling in all of us an insane work ethic. Other notable skills he taught himself, AMAZING penmanship, crafting, construction, and playing the harmonica.

Never had one. Whatever I wanted to do I just did. That I applied to what I did for work as well. If I couldn't get hired for a job I wanted to do, I would try to create it and I've been blessed to be able to achieve most of them.

Be open, always help others when you can, do everything with passion and all else will follow.

Mike Monteiro F*ck You, Pay Me

Create an environment where it's not only safe to fail, but required to fail.

For me, the true origins of pure creativity - and this is before any mark is made, before any note is even played, before any design is developed or a concept is conceptualized, anything that happens - we must first fall in love. It’s vital. It’s important."