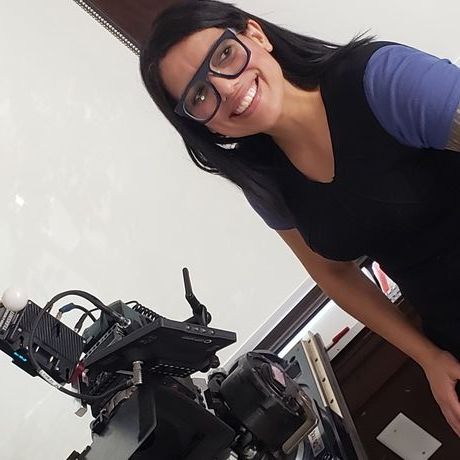 Creative director, entrepreneur at Doc ME!.

Living in Burnaby, BC.
You Might Know Me From

Award-winning creative director and filmmaker, Sarah Lipi, knew from an early age that her life would always involve a strong dose of creativity. Her journey began with graphic design at her family's visual communications company in São Paulo, Brazil, when she was only thirteen years old. At university, she studied and earned a degree in multimedia graphics and film production and got a start in the film and television industry as a set decorator. However, Sarah soon realized that her real passions were behind the lens as director, videographer, video editor, and photographer.

Sarah has worked on many independent productions. The Passage, her first short film, was screened at film festivals around the world, winning an award at the Canada International Film Festival. She also won the best cinematography award at the L.A. Web Festival for her work on the web series The Last Fall of Ashes, directed by Aaron Wrintrigham. Her photography exhibitions have been featured at the Gibsons Public Art Gallery, Vivo Media Art Center, and other galleries in British Columbia.

Recently, Sarah founded Doc ME!, a film production company based out of Vancouver that produces personal film documentaries for families, businesses, and schools.

Sarah loves to smile and listen to people's stories. When not working, she can usually be found curling with her friends at a local rink or spending time with her son.

I know a lot about faith (law of attraction), love, rejection, pain, the power of a smile, filmmaking, positivity.

I need help with to increase my network of brilliant minds! I want to meet amazing creative people that have goals and deadlines.

Persistence is the key of your success.

I admire people that have been through a lot of obstacles but are always smiling, believing that something good is about to happen.

My secreat superpower is the gift of faith. I believe that anything is possible. Even the impossible.

My backup career is graphic design.

To love anyone who surrounds me. Anyone!

I would teach about the power of faith (law of attraction) or I would teach about powerful signs the unniverse send to us and sometimes we're not paying attention. It has happened to me several times and I have been tracking those signs for several years as proof.

Sarah hasn't saved anything yet.