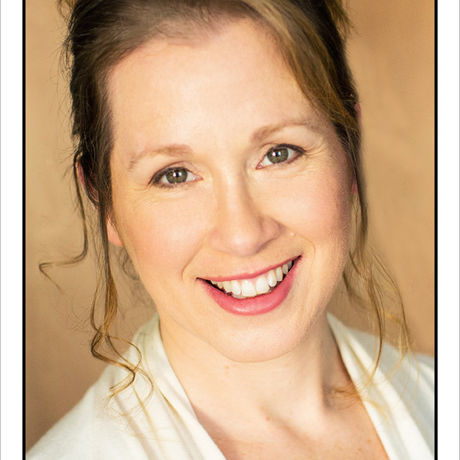 Living in Vancouver, BC.
You Might Know Me From

Kelly-Ruth is an active actor, director, producer, writer, and teacher in theatre, film and television. She holds an M.F.A. (Directing) from UBC and a B.A. (Acting) from Dalhousie University. Kelly-Ruth is an award-winning film director, writer, and producer. In 2016, her short film, MEDIC, was nominated for 6 Leo Awards including Best Direction and Best Screenplay. She won the prestigious MPPIA Film Award and MOVE OUT CLEAN had its World Premiere at the Whistler Film Festival in Dec 2010. As a DGC “Kickstart” recipient, she won the Leo Award for Best Screenwriting in a Short Drama with her film NO ONE KNOWS YOU LIKE YOUR MOTHER. She is a graduate of Women in the Director’s Chair and has received support through CTV & Creative Women Workshops Association, BC Arts Council, National Film Board, Women in Film, and the NS Arts Council. K-R’s breadth of experience has had her invited to teach in a number of specialties. She has taught in the Acting Program at the University of British Columbia and Script Analysis classes and workshops at numerous venues. She has taught at The Art Institute (producing / production planning), Vancouver Film School (Writing Dept: Pitching), and has guest lectured at UBC Creative Writing, Women in Film, and in numerous workshops and private classes. Ms. Mercier remains active in the theatre, having directed the Canadian premiere of Leo Butler’s MADE OF STONE, and Kenneth Lonergan’s LOBBY HERO, which was reviewed in the Georgia Straight as: “(a more) satisfying experience than that of anything currently playing on this town’s bigger, more expensive stages” and that “under Kelly-Ruth Mercier’s direction, the acting in this production is tremendous.” K-R has recurred on A&E’s BATES MOTEL, and Bravo’s GIRLFRIENDS GUIDE TO DIVORCE, and has guest-starred on AMC’s THE KILLING, The Hub Network’s THE HAUNTING HOUR, Showtime’s THE L WORD, CTV’s ROBSON ARMS and COLD SQUAD, and CBC’s BLACK HARBOUR, has appeared in the WB series SMALLVILLE and SUPERNATURAL, ABC’s ONCE UPON A TIME, and has appeared in a number of features including “A Dog’s Purpose,” Robert Redford’s “The Company You Keep”) and tv movies (most recently: “Ungodly Acts” and “In My Dreams”). She has graced stages in 9 of Canada’s 10 provinces and has juried for the Gemini Awards, Leo Awards, Women in the Director’s Chair, and Hot Shots Film Contest.

I know a little bit about a lot of things; I can wax about cellular function and internal combustion engines and human evolution and word origins and body parts and dog training and...

On producing: "Be nosey."

My memory is not photographic but it's pretty freakin good; e.g. I always know where my car is in the parkade, and I'll probably remember your credit card number if you mention it. But my REAL superpower is that I'm fair; I'm strong, but I'm fair.

I'm a multi-hyphenate; all of my careers are backups for all of the others.

So, so many things; it's crazy-making.

I'd give an impressive primer on body language: delivery and reception.

Kelly-Ruth hasn't saved anything yet.