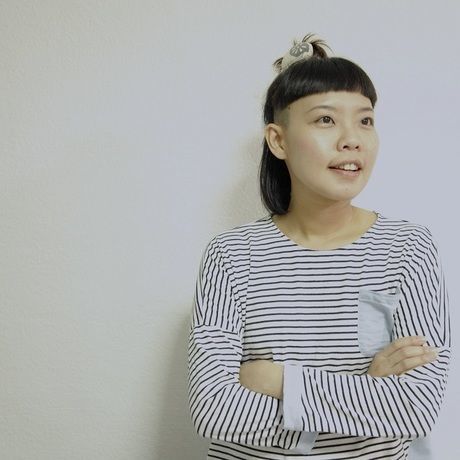 A Malaysian born artist, Miun expresses the norm in her own language and is known for her creativity, experimental spirits and unpretentious works.

Miun has explored different medium including flowers, which gained recognition with her participation in the International Annual of Floral Art 2010/2011 Publication. Faces, yet another project of hers, was featured in Hands On: Interactive Design in Print (2012) along with artists worldwide.

Followed after in 2013, Beneath the Surface surfaced as a series of interactive conceptual artwork incorporating Impossible Film as the main medium. The out of the ordinary project has since toured and illuminated the imaginations of many in Hong Kong, Taiwan, Prague, Melbourne and Singapore.

Yet another collaboration, “The Marriage”, is a series of flora sculptures installation handcrafted with Lamitak’s imitation wood to mirror its origins and demonstrate its versatility. First showcased at Singapural’s Project X exhibition, The Marriage has hence been featured in many publications like Singapore Architect, Home & Decor, Square Rooms, Female, etc.

Following the success of The Marriage, her latest solo exhibition with K+ “The Marriage II” – another collection of decidedly fantastical mixed media floral sculptures, has received unanimous acclaim and wide exposure.

Now based in Singapore, Miun enjoys living in the cosmopolitan city which inspires a new way of introspection into our modern world. In her free time, you’ll find Miun illustrating, dabbling in photography and consistently exploring new ideas.

Daylon hasn't saved anything yet.