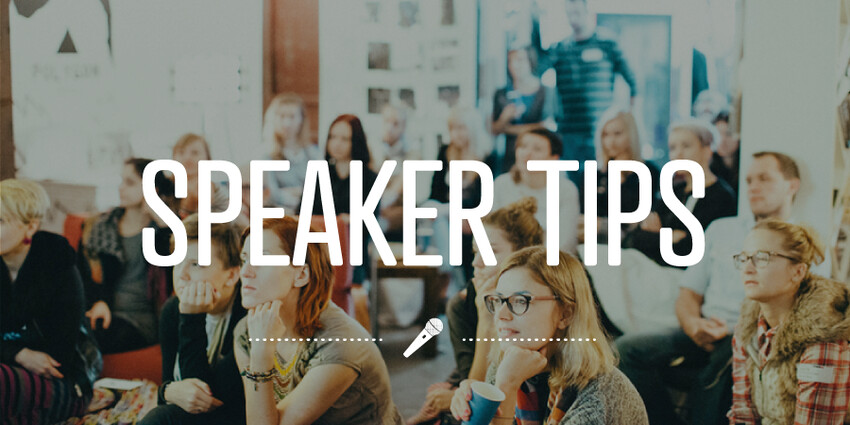 As I prepared for my talk about my latest book BROKEN at the Illinois Institute of Design, Illinois Institute of Technology, I recalled the people who gave terrific talks at the monthly gatherings of CreativeMornings/Chicago. Following are some things I found useful as I reflected back on these presentations.

Being invited to speak to a group of potentially like-minded people is a prime opportunity to give thanks. Thanksgiving is a charming way to qualify the tempo of your talk. Thank the audience for attendance, for their interest, and for their time.

Present with or without slides

Slides primarily serve as visual representation and cue for the speaker to elaborate. With the Chicago chapter of CreativeMornings, the speakers’ slides mostly display a spare layout with minimal copy. Good Studio’s slides (like this) were concise visual statements, consisting of a representative image tied to a bold headline.

Slides are not a requirement. Animator and photographer Nick Campbell gave an amazing presentation without slides. But know that speaking without visual aids is a risk. You can either rely on a script, memorized, or an outline of points, memorized and stitched together.

Present with or without notes

If they were using a script, most speakers appeared to speak without it. Even when taking cues from a script, it was obvious that the speaker’s familiarity, with their topic and their focus, naturally flowed. This familiarity is not a guarantee of a coherent talk. This possibility reinforces the fact that it takes effort to sound effortless.

When designer and illustrator Mike McQuade talked about how hard he works on his craft, it showed. When photographer Paul Octavious spoke about his enthusiasm for the digital image, it showed. When Stephanie Brown talked about her vision for the art of tattooing, it showed. These speakers expressed their personality and a unique tone in sharing their work and attitude. These factors form character.

Linsey Burritt and Crystal Grover, of design and fabrications firm INDO, shared the bumps and thrills of making site-specific architectural installations. Designer and producer Eric Siegel, of Tree Hopper Toys, shared his observations about his kids and how these positively provoke his next product. Creative director Chris Eichenseer, of Someoddpilot, gave a telling glimpse of our place on the miniscule timeline of human existence, compared to the age of the universe. These speakers, and more, offered narrative that made their presentations feel down-to-earth.

The perk of attendance is the opportunity to interact with the speaker. Speakers, invited to CreativeMornings, manage to not exceed their allotted time to talk. This acknowledges both the event’s organizers and audience.

Give the gift of presentation

Above was a very short list of patterns found among speakers at CreativeMornings’ gatherings. Based on what each said and how it was said, the ultimate pattern was that each respected the attention given to them to deliver the gift of presentation. In return, what is (capable to be) received is the gift of perspective.