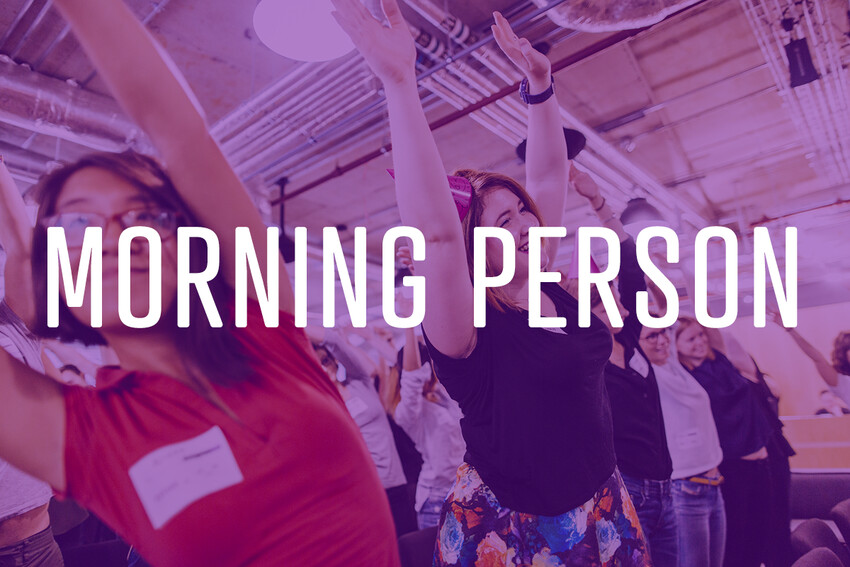 The most meaningful experience was my first CreativeMornings in Bogota, Colombia (I live in London and I am originally from Bogota) so it was amazing to see such a familiar gathering of people in the city where I was born and where I haven’t lived in a long time. I was also scribing this talk, which is what I do for a living but it was the first time I did it in Spanish! I realized not many people had been exposed to this type of thing before and was brilliant to be able to talk about my work and make some lovely connections.. which I am still in touch with today!

Describe the work that you do and the impact you’re trying to make. I am a designer/illustrator by trade but for the past 4 years have been training as a scribe/ graphic facilitator which to cut a long story short: I draw what people say. What excites me about this work is the potential that visual communication and storytelling have to help us empathise with each other as humans, no matter who we are or which part of the world we come from. It’s bloody awesome actually.

What are your ideal conditions for your creativity? A good cup of coffee, lost of light and something like Caribou on spotify. All this is negotiable of course but I would say one of the most important things is to be surrounded by people who believe in you and what you are trying to achieve.

What would you consider your superpower? Why and how do you use it for good?

I make it shine! I really do. People complain about the weather all the time but I’m one of those people that when they find themselves in a new place other people say “so strange It was raining all of last week but it’s so sunny now”.. ok I don’t wanna talk about it too much cus I might jinx it.

Tell me something about yourself that I can’t find on Google.

I wanted to be a dentist when I was growing up. I somehow really found the idea of making teeth moulds fascinating!