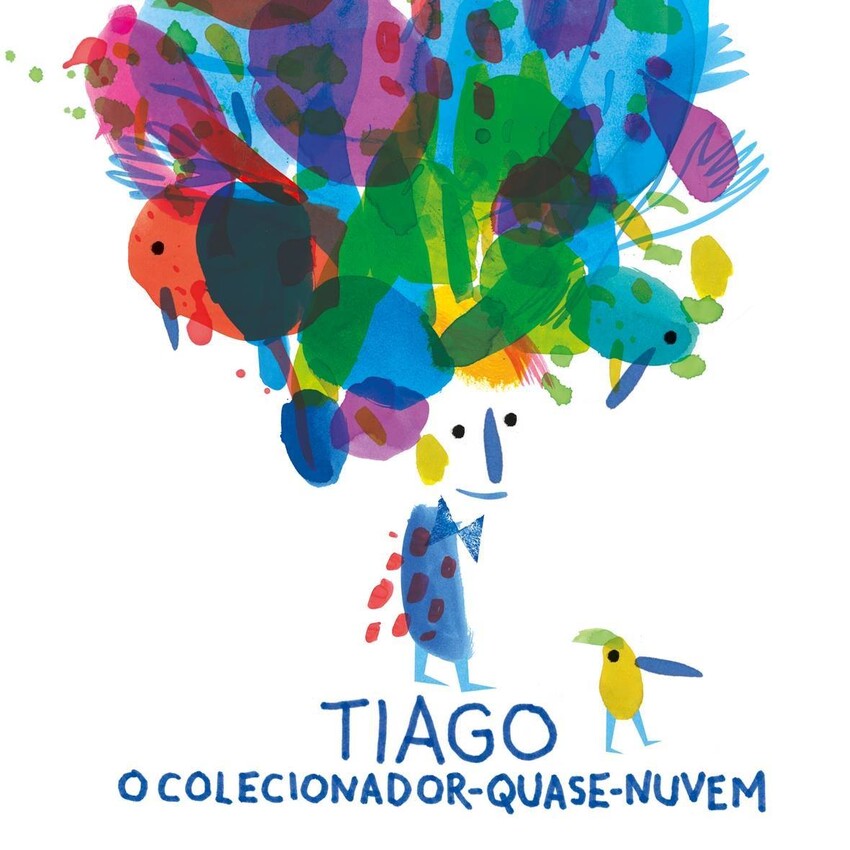 It has been a tradition at CreativeMornings to work with an artist in our community to create an illustration for the monthly theme. September is all about Magic, and the interview with this month’s illustrator is nothing short of it.

Every time, without fail, we are delighted at the talent and beauty that these artists create. These images are everywhere — in 150+ chapters’ social media channels and at the events.

While the artwork speaks for itself, we wanted to get to know the artist on a personal level, which is why we’ll be interviewing all of them from now on. It only feels right. Marta Madureira is a Portuguese communication designer and illustrator. She teaches at the Instituto Politécnico do Cávado e do Ave within the Graphic Design Graduation, Illustration, and Animation Master of Arts. Having graduated with a masters at the Fine Arts School of Oporto University, she is presently concluding her Ph.D.

Together with Pedro Mota Teixeira, she is the author and director of the animations series “As Máquinas de Maria” (Maria’s Machines) funded by the Portuguese Institution for Cinema and Audiovisual.

Marta is also the co-founder of the publishing house Tcharan, together with Adélia Carvalho. I graduated college as a graphic designer. I had previously pursued a painting degree in the Fine Arts College. Although I’ve never graduated from painting, the knowledge acquired in those first three years were crucial for my future and my current illustration work. Later, I changed into the communication design program and went on to discover illustration five years later in the design degree. Illustration, as a course within the first years of the degree, allowed me to build the images I felt I needed for the projects required in the main communication design assignments. And this went on during the degree, and even after those college years. Although today I do not imagine myself doing any other career, this was not an obvious choice for me. Before college, I had always wanted to be a fine art painter. My father was a professional illustrator in one of the main commercial publishing houses in Portugal. But I never wanted to follow his footsteps. On the one hand, I probably didn’t understand exactly what he did.

This was probably also due to the fact that, in Portugal, the recognition of the illustrator as a professional activity is a very recent one (thus, being a painter was more attractive back then).

The turning point was during those first years attending a painting degree in college. The course was very classical and it was only then, when I had the chance to compare the assignments to the communication design degree, that I’ve come to realize the full potential of illustration as an image that can communicate and establish a dialogue with the reader. And this “new” approach is still what fascinates me in illustration—to be able to complement a text (or an idea) with our visual imagination. My work is mainly based on a non-figurative approach. This allows me to explore different techniques, such as the ones that focus more on expressiveness and less on figurative depictions or literal figures. I tend to describe the technique I employ as digital collages.

On the early stages of my illustration career, I was very focused on developing a style, an identity, and the necessary skills in a wide range of techniques. So the illustrations tended to follow the techniques I was trying to develop. Nowadays, I think it’s the other way around. Whenever I have an illustration assignment, instead of adapting the concept to the technique, it’s the concept that defines the technique and materials that I employ. This still allows me to explore different techniques, but I believe it’s a more natural and straightforward approach.

In the first years, my collages and figures were pretty raw, giving away the techniques and especially the materials employed in them. These included bulky physical ones such as copper wires (as Isidro Ferrer sometimes uses) or heavy cardboards. Also, on these early works, the use of color was more discrete. Later, I explored more fine materials “downgrading” the weight of the cardboards and papers to thinner ones such as colored or more brightly painted papers, cut and glued (sometimes with sticky tape!) in a very nonconformant and unorthodox way (as Květa Pacovska). Since then, my style has continued to evolve and I’ve developed a more stylized and more colorful approach. But I guess that this was also a natural evolution. Throughout all these years the author that had the most profound impact on my early career was Sara Fanelli. I still think she is one of my main current influences.

Nonetheless, I feel that all my surroundings and experiences end up influencing me and my work. An unexpected music, a new or even an old familiar place, a picture… Recently, a student showed me the work of Charles Freger (the Wilder Mann photographic series) that I have ended up absorbing into my characters and textures.

Tell me about the happiness moment in your career. Describe the feeling, the moment—bring us there.

A great part of my illustration work targets mainly the younger generations — the children for whom the picture books’ illustrations are designed.

On the one hand, a recurrent happy[ness] moment is whenever we finally ‘see’ the printed book. A format that is more than a single image. A bound set of images that allows us to tell the story in different moments. The moment when we see, when we feel the physical object that allows us to read the story, it’s a unique feeling of creation, sometimes even a transcending one.

On the other hand, the moment when I share the work directly with the children — in school presentations, for example — allows me to see and to understand the way they read my images. It’s always very fulfilling to hear their comments. Relevant or not so relevant to the illustration work, it’s very accomplishing to hear remarks such as: “I bet your favorite color is green…”, or “Why is this owl has its eye so swollen?”, or maybe even the unexpected “You smell so good!” What advice would you give to fellow illustrators and artists?

Illustration, as any other creative trade, can be very frustrating. It takes a lot of time, it takes a lot of effort. The imagination required to produce the illustrations needs to be stimulated. It doesn’t happen like magic. Results only appear after a process of research, of idea drafting, and experimentation with materials or tools. Illustration only happens when we invest time in actually doing the work. And then some more! If you could open a door to anywhere, where would you go? Why?

The stories I illustrate end up being doorways to places where I really enjoy being. I remember, for example, after jumping through the door of the book “Poemas Para Bocas Pequenas”, it allowed me to live several weeks with the characters being developed and illustrated. It was great fun (and work too!). But, if I had to choose a specific door, I would love to open a door into Maurice Sendak’s Where the Wilds Things Are. It’s a bit embarrassing, but when I started my career I dreaded the day I had to see, to be with the children for whom I was creating the illustrations. It’s a strange thing to fear the reaction of the public for whom you are working for. Still to this day I cannot explain why I feared it so much. It took me several years to conquer this fear. It was only when I started doing more commercial work, and visiting schools to promote it, that I finally discovered that I absolutely love to see, to hear, and to interact with the children readers. I started to want to know more about the ones who read, how they perceived the pictures, what extra meanings they added to the stories. And eventually I was (and still am) hooked on the unexpected feedback they provide so generously and so selfishly.