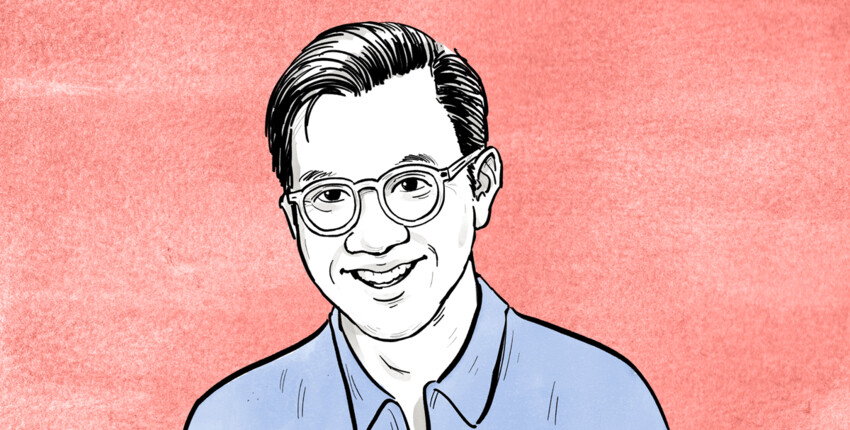 Khoi Vinh on How His Blog Amplified His Work and Career

It’s fair to think, what if you never monetize your website? What if no one reads your blog? What is it all for?

We spoke with Khoi Vinh, Principal Designer at Adobe, author of How They Got Here: Interviews With Digital Designers About Their Careers, and a writer who’s been publishing on his blog, Subtraction, for nearly 20 years.

In his first blog post published on July 30, 2000, he meditates on the idea of having a journal, an online place where he can publish his ideas. He writes:

“I’ve been reckoning with an immense docket of changes and challenges. All of which seem like ideal fodder for posterity; an amateur writer in me feels compelled to record what I can.”

The initial inspiration has empowered Khoi to tell stories, share ideas, and offer wisdom on design for nearly two decades. The key is to look at this as if you’re taking care of a plant—the more water you give, the more you put in the path of sunlight, the more it’ll grow.

Khoi, you’re no longer that amateur writer anymore. Can you describe how writing on your blog impacted your life and career? What kind of asset or catalyst did it become for you?

It’s hard to overstate how important my blog has been, but if I were to try to distill it down into one word, it would be: “amplifier.” Writing in general and the blog in particular has amplified everything that I’ve done in my career, effectively broadcasting my career in ways that just wouldn’t have happened otherwise.

It’s hard to overstate how important my blog has been, but if I were to try to distill it down into one word, it would be: “amplifier.”

From the inception of Subtraction, you used it as a place to think out loud. Were you ever tempted to change the purpose of your blog? Were there things you wouldn’t write on it because of its core purpose?

When I first registered the domain, I didn’t really even know what to do with it—I just thought that it was kind of remarkable that such a basic .com domain as “Subtraction.com” was available, so I grabbed it. At first I used it as an online portfolio.

So eventually the domain found its way to blog software, but even then, it took me some time to figure out what particular flavor of blogging made sense to me. I’ve tried quick hit-style reposting of links, I’ve tried photo blogging, I’ve tried writing round-ups of recent events, and a few other things.

For years I wanted to be the kind of writer that could write more often, more quickly, more succinctly than I do. But throughout it all, I’ve been drawn back to writing the same kind of posts, which are sort of like opinion column-style essays of 500-plus words or so, and that always takes me way more time to write than I would prefer, if given the chance. Ultimately, I just learned to accept that that was the kind of writer that I am, for better or worse.

You’re knowledgeable about many industries and changes in tech. Where should more attention be going towards ownership of content, using social media (or not), personal platforms, etc.?

The word “should,” is loaded, because far be it from me to pretend that I know what most people should be doing. Many terrific careers have been borne from creating works on centralized platforms, where the creator has only the most tenuous ownership over what he or she is creating or its brand.

That said, I personally can’t imagine handing over all of my labor to a centralized platform where it’s chopped up and shuffled together with content from countless other sources, only to be exploited at the current whims of the platform owners’ volatile business models. I know a lot of creators are successful in that context, but I also see a lot of stuff that gets rendered essentially indistinguishable from everything else, lost in the blizzard of “content.”

Not that the work I do is all that important or memorable, but I prefer to think of it as “writing” rather than as “content.” And for me, that’s an important distinction. Content and writing are not the same thing, at least the way that we’ve come to define them in contemporary society. Content is inherently transactional; its goal is to drive towards some kind of conversion, some kind of exchange of value. This is why platforms just think of it all as “content”; for the most part, they’re indifferent to whether it’s good or bad writing, or even if it’s writing at all. It doesn’t matter whether it has any kind of inherent worth, whether it’s video or animated GIFs or whatever— so long as it’s driving clicks, time spent, purchases, etc.

I personally can’t imagine handing over all of my labor to a centralized platform where it’s chopped up and shuffled together with content from countless other sources, only to be exploited at the current whims of the platform owners’ volatile business models.

Again, I’m not suggesting that what I do has any superior worth at all, but what I will say is that the difference between content that lives on a centralized blogging platform and what I do on a site that I own and operate myself—where I don’t answer to anyone else but me—is that what my writing on Subtraction.com has a high tolerance for ambiguity. It’s generally about design and technology, but sometimes it’s about some random subject matter, some non sequitur, some personal passion. It’s a place for writing and thinking, and ambiguity is okay there, even an essential part of it. That’s actually increasingly rare in our digital world now, and I personally value that a lot.

When you’re looking through other people’s portfolios, what stands out? Do you have any advice And could you share any practical wisdom to creatives on how to showcase their portfolios better?

I’d be much more interested in a portfolio full of made up projects that are representative of exactly what a designer wants to do more than anything, than I would be in a portfolio of highly competent but passionless work executed by someone who’s not thrilled by any of it.

The passion is the difference maker.

What practical advice would you give to artists and entrepreneurs on committing to the long-game of building one’s platform?

I think you’ve just got to do it consistently, repeatedly, and you’ve got to be undeterred by the time it requires and the inconvenience in your life that it generates. But mostly you have to do it in a way that continually stirs your personal passion.

I don’t think it works to do something like writing a blog or whatever just because you see it’s something that other successful people have done, and so you want to use it as a method of replicating that success. I think you can only do it successfully if you can find a take on it, a spin on it that’s reflective of who you are and the change you want to effect on the world.

I can make it and present it however I want. Both aspects of that are very important to me.

This interview was produced in partnership with WordPress.com & CreativeMornings.

Morning people get 20% off their WordPress.com site at wordpress.com/creativemornings.

Interview by Paul Jun. Illustrations by Jeffrey Phillips. ‘Own Your Content’ illustration by Annica Lydenberg.