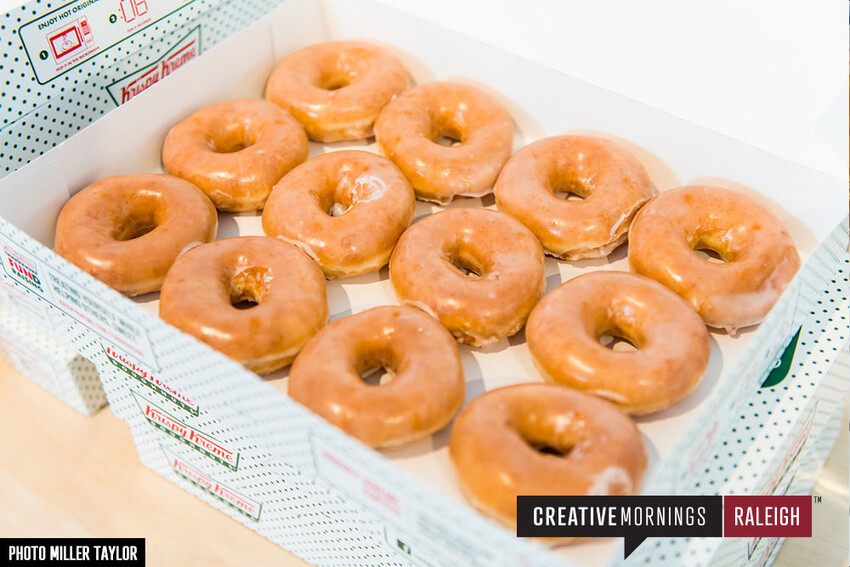 In honor of this scrumptious holiday celebrating our favorite torus-shaped piece of dough, we thought we’d round up some of the best doughnut shots from CreativeMornings around the world. Doughnuts that smile back at CreativeMornings/Jeju. Still hungry? Chow down into some other shots of delicious breakfasts from Amsterdam to Bucharest over in our Flickr Group. Dig in.