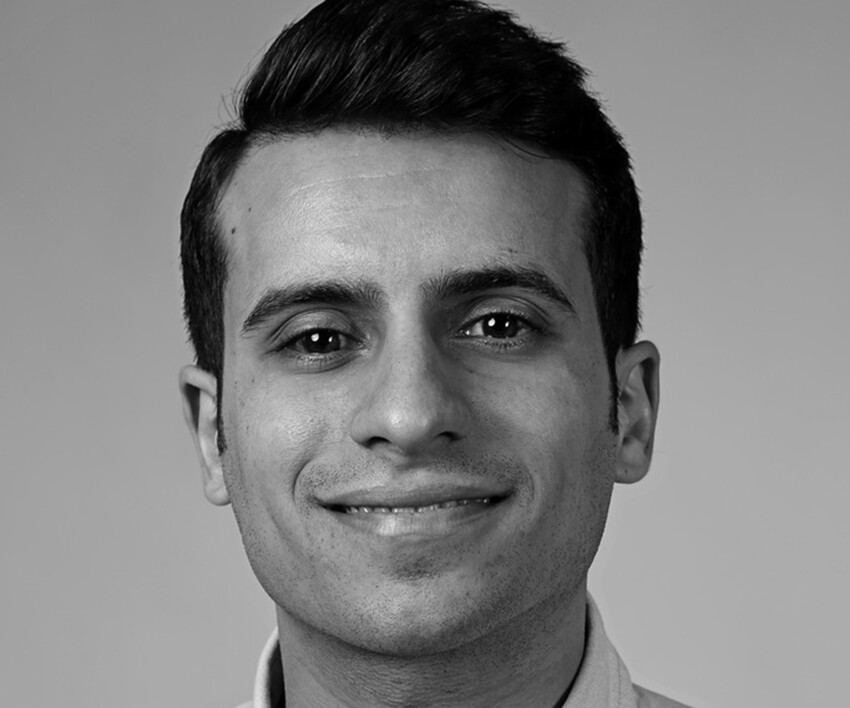 In March 2018, we began a partnership with the altMBA—an online four-week intensive workshop designed by Seth Godin.

Seth started it for one simple reason: “Most people go to bed at night with their best work in them — but I wanted to build a place where their best work could come out of them.“

We believe in the program’s values and process. You ship projects every week, learn by shipping, receive more feedback than you might in a lifetime, work in small groups and learn from peers that have diverse skill sets and backgrounds. It looks a lot like the CreativeMornings community.

The program’s goals are not to become popular, but rather to find the right people, which is why we’re working together. To understand whether this program is a fit for you, we interviewed a few alumni and asked them to share a before-and-after picture, to talk about the hard parts, and who they became in the process.

Meet Fadi Rizk, UX & product designer at Sugar Mobile . Before he was a UX designer, he had spent over 8 years in pharmacy school to become a pharmacist—until one day he ignored sunk costs, left the pharmacy world, and pursued a creative career in design.

You were a pharmacist turned designer. Talk about the hard parts of making this kind of transition, why you did it, and ultimately how it changed you.

Fadi: I spent a total of 8 years to become a pharmacist, I had a few fancy letters next to my name, and I was making a six-figure salary within a few years of my first job.

As far as conventional wisdom was concerned, I couldn’t be on a better path. This is it. This is what success looks like. I grew up in an immigrant family that valued higher education and a profession with a capital P above all else. You become a doctor, a pharmacist, an engineer, or a dentist and you put food on the table. That’s the deal. And really, what’s there to complain about?  Up until two years or so ago, I believed all of this. Or rather, I felt that I had to believe this.

The hardest part was facing every single one of these assertions and deciding whether they were mine to believe or whether I adopted them unquestioned. There was a constant and seemingly endless internal struggle between my principles and priorities and the perceived ones. In fact, it was nearly impossible for me to discern the difference between the two.

Eventually, I just couldn’t ignore the restlessness that was brewing inside of me. I knew that at this point I needed to resolve it. And that doesn’t necessarily mean changing careers or doubling down on what I’m doing but really asking myself what matters to me. What are my principles? Where is this restlessness coming from? Are these rules infallible or can I question them? What am I afraid of?

Had it not been for the altMBA I wouldn’t have gained the clarity nor the courage to ask these questions and answer them vulnerably and honestly, and finally, make sense of the leap I so longed to take.

What inspired you to take the altMBA?

Fadi: The second I stumbled on the website I felt an immediate sense of fear. The imposter in me quickly took hold and reminded me that this isn’t for me. I mean, look at these people! They’re incredible. They’re creatives. They’re cut from a different cloth than me.

But I knew that there was something special here. This community, this program, was questioning the very conventional wisdoms that I was questioning. They’ve figured out that we live in a completely different world and the assertions of our ancestors are just that; assertions. Assertions that befit their time, place, fears, worries, and hopes. Assertions can and should be questioned. And through this—hopefully—you’ll end up with a few that you can call your own.

I read “17 Ideas for the modern world of work” over and over and over and couldn’t help but feel this overwhelming sense of belonging. I knew that I found a tribe that I wanted to be part of. But I was afraid.

But in light of the boiling point that I had reached, I decided that success for me was just applying. I decided that I would for once make a decision not of fear but of hope. So I applied.

What happened in this program that you didn’t expect to happen?

Fadi: I didn’t expect a 4-week program to have such a fundamental impact on me. I also didn’t anticipate to make intimate and lifelong connections in so little time.

The altMBA helped me unpack who I am and pay attention to the things that I’ve either overlooked or pushed to the wayside. It helped me define my principles. It made me realize that everything I did up to this point was fear-based. A fear of fitting in, a fear of impracticality, and a fear of uncertainty. I was hiding.

Admittedly a few folks will read this and probably think to themselves that this is possible anywhere, and it certainly is I’m sure. But what’s unique about the altMBA is the environment that’s built to support this change. The altMBA creates an environment of safety, generosity, vulnerability, and possibility. Mix these all up, and you have a pretty special place that might change your life in just four weeks.

Describe a recent endeavor/project where you used lessons learned from the program and how it impacted the work.

Fadi: It’s probably the simplest but most powerful question that anyone could ask and it’s “What’s it for?”.

I recently joined a small product team—I joined late and was fresh off a career change, so I lacked a ton of context.

What really helped me gain a sense of understanding and confidence was asking “What’s it for?” It not only helped me gain my bearings but it served as a starting point for every design decision that I made. I don’t think you can get very far in any of my notebooks without seeing that question scribbled at the top of a page.

A specific example was a design pattern that one of my colleagues was really excited about. He was convinced that we had to use this pattern for a design challenge we were facing. Being the new guy in the room, I reflexively agreed and started to think about how I can implement it. After a few hours of not going anywhere, I finally stepped back and asked myself “Wait a sec, what’s this for anyway?” And in true altMBA fashion, I began to dig deeper and deeper until I got to a point where I comfortably asserted that this wasn’t the right solution. Instead of leading with deeply understanding the challenge, we led with a solution.

There’s also the altMBA tenet of generous feedback. Feedback is a gift that allows us to move forward. That helps us see through others’ eyes. It covers our blind spots. This is a critical part of the altMBA process and has become a critical part of my day-to-day. And while feedback is available everywhere, there’s something profound with how it’s approached in the altMBA. It’s approached with kindness and empathy, and as a result, the person receiving it is enrolled in the process. If I didn’t seek and give feedback with the same generous posture that I learned in the altMBA, I don’t think I’d be able to do my work as well as I do this quickly.

To be frank, I’d argue that almost everything I learned in the altMBA is directly applicable to everything I do as a designer.

What wisdom would you share with people who are afraid to transition out of their current career?

Fadi: I encourage you to distill what it is you do into its fundamentals. At the core, what is it that you actually do?

As a pharmacist, I thought I filled prescriptions. But really, I exercised a great deal of emotional intelligence, I listened intently and asked lots of questions, I collaborated with a multi-disciplinary team, I educated, I advised, and I solved problems. And so, when I looked at my job with this lens, I realized that my change was really a pivot. I left one foot on the ground, pivoted, and moved in another direction.

I bet this is true for every single person out there. We think we do one thing when in reality what we do is a function of how and why we do it. Focus on the how and the why, and you’ll unlock a set of possibilities that you just hadn’t considered before.

Here’s a video from Seth speaking to the CreativeMornings community. Learn more about the altMBA.