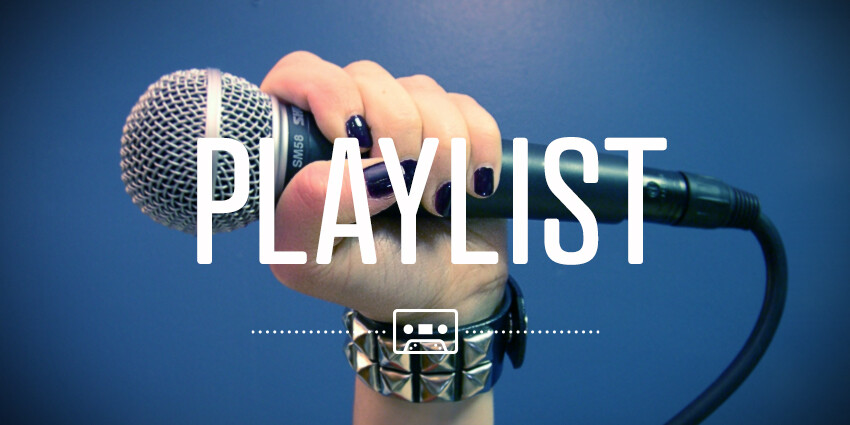 “You say you want a revolution. Well, you know. We all want to change the world.” Well the Beatles aren’t on Spotify, so I couldn’t include the actual track in the playlist so instead, check out this “live version of Revolution” on YouTube.

Music and art have always given voice to rebellion and revolution, from battle hymns to spirited anthems, to the the less drastic revolutions of angst youth against their parents and teachers. Music can be instigative, subversive and disruptive. Revolution in the art form is still alive and well, look at “Pussy Riot” and how they have taken the punk formula and used it as performance art protest in efforts to challenge the Russian government.

I also added a number of songs that focus on the cyclical meaning of revolution. And of course one full revolution brings you back to the exact same spot (interesting considering the other meaning, with its disruptive connotation to make radical and pervasive changes). It makes me think of the Pink Floyd song “Time:”

“So you run and you run to catch up with the sun but it’s sinking racing around to come up behind you again. The sun is the same in a relative way but you’re older, shorter of breath and one day closer to death.”

Sorry, I know it’s kinda bleak, but it’s one of those lyrics that has always stuck with me and also speaks to the unseen changes in revolution, it’s all about perspective.

On the topic of subtle revolutions, I ended the playlist with Oasis’s “Don’t Look Back in Anger.” I don’t know that this song is revolutionary, but I’ve always like the line “So I start a revolution from my bed” (which Noel admits he “lifted” from John Lennon’s memoirs, which likely was about revolution).

If you enjoy these playlists, please share them. See you next month with another theme and another set of songs.