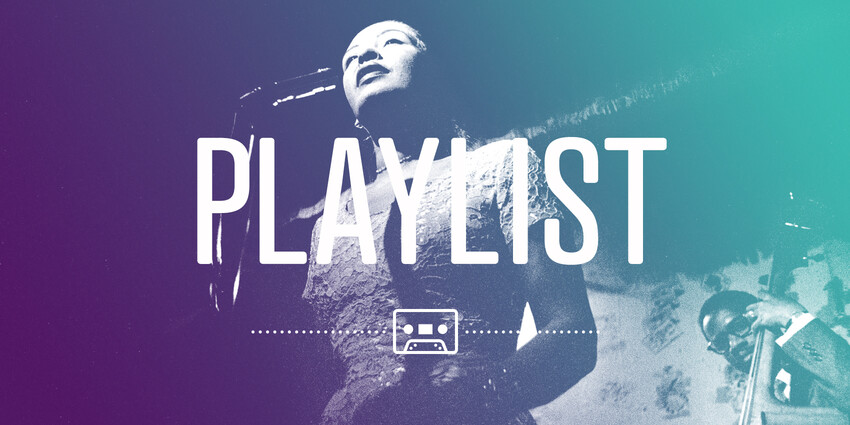 This month’s theme is Courage . And it comes at a time when we are witnessing some truly extraordinary bravery. I’m speaking about the bad-ass students from Parkland, FL, who, after enduring a horrific school shooting, are powering through their fear and grief, risking their privacy, and in some instances their safety, in order to speak out against a complicit government and the NRA. I can’t really say more than what’s been said elsewhere, but their courage and strength gives me hope. And while this platform is not really a place for politics, we can all take inspiration from their courage. I certainly thought about them as I pulled together this playlist.

Courage is resistance to fear, mastery of fear—not absence of fear. — Mark Twain

Songs of bravery, valor, strength and courage fill the playlist this month. From the McCoys simple song of encouragement, “Hang on Sloopy”, to “Heros”, David Bowie’s anthemic tale of divided lovers courageously meeting at the Berlin wall in an attempt to connect, to the uncharacteristically sentimental track, “Find your Wings” by Tyler the Creator. I hope this playlist swells your heart and empowers you to take on the world. Is that a little too much to expect from a playlist?

The Oakland chapter picked the theme this month and I included a few of their hometown artists. I had no trouble finding an array of rad bands from Oakland. My favorite ladies of the 80’s, the Pointer Sisters, work up the courage to proposition a shy dude, in “He’s So Shy”, the Coup, calls for a revolution, in “My Favorite Mutiny, Del The Funky Homosapien gets bold and brash with his braggadocios ”Catch the Bad One“”, Rapheal Sadiq calls for bravery and persistence in the face of adversity and oppression in “People” and finally En Vogue courageously pushes for upgrading a simple friendship into something more intimate with their late 90’s slow jam “Don’t Let Go”. I could have kept the list going with the many greats from Oakland. Just 90’s hip-hop alone includes an impressive roster with Souls of Mischief, the Hieroglyphics, Too $hort, Digital Underground, and the list goes on. Something truly special was happening in the Bay area during that time.

We can’t talk about courage and music without talking about Billie Holiday’s 1939 defiant indictment of racism and brutalization, “Strange Fruit”. Rightfully selected as the song of the century by Time Magazine in 1999, the song is arresting. Vivid and intense, the slow crawling rhythm and ominous melody creates a persistent unease as it creeps through the the dark narrative. The unsettling feeling is intensified by the lyrics juxtaposing romantic imagery of a southern summer night with the grotesque horrors of the lynchings of African Americans. Her performance is absolutely bone-chilling. It was the era of Jim Crow, a time of overt entrenched institutional racism, and Holiday took an enormous risk performing the song. Initially, she was reluctant, fearing backlash and risk to her career. However, she found the courage and the song became a dramatic climax to her performances—never followed by an encore. When the song was performed, all wait-service would be suspended, the lights would be dimmed and under a single spotlight, eyes closed, she would sing the haunting song. I can’t think of a better finale for a playlist about courage.

Well I hope by the end of the playlist you feel adequately emboldened and maybe even a touch more courageous. Thanks for listening and if you enjoy these playlists, please share them, say hello on Twitter and follow me on Spotify. See you next month with another playlist.