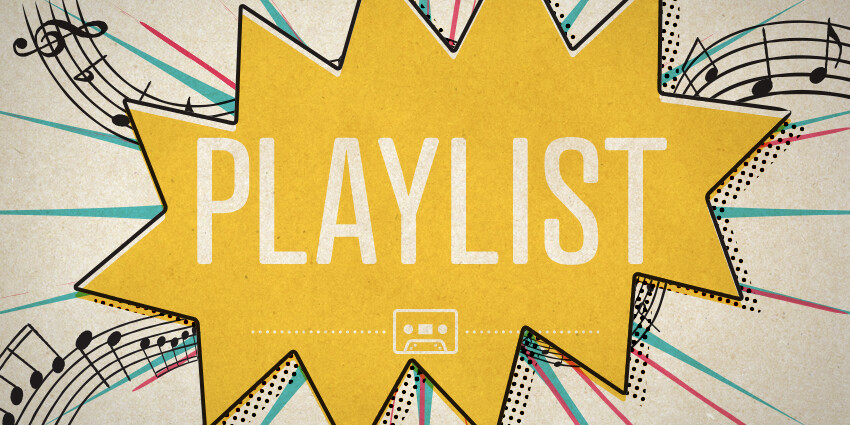 Taking action isn’t always as easy as it sounds. I’ll admit it, on occasion, I over-plan and stall out in the preparation phase of a project. There is a deceptive satisfaction in running through all the possibilities, mentally exploring every option and alternative. But sometimes this mental simulation can keep me from ever actually starting. It’s the illusion of progress, it seems like action, but its all in my head.

Over the years I have learned, especially with creative endeavors, it is best to start moving even before I know where I’m going.

I have found this to be true in almost everything I do from playing music, to art, to professional design, to writing these blog posts. “A journey of a thousand miles begins with a single step.” — Laozi

I usually start the monthly playlist right after the past months blog post is published. I just throw a few songs that immediately come to mind on the list so that it’s there waiting. I often end up removing those initial songs, but having it started somehow makes it easier to build upon.

This months playlist is action packed. It’s filled with more rock-n-roll than usual and a bunch of tracks from the 1980s. I don’t know what it was about that decade, but it’s brimming with energy, maybe it’s all the synthesizers, jazzercise and neon colors. If the Pointer Sisters “Jump” doesn’t get you moving nothing will. I also included a few new artists to round it out. Bully’s “Milkman” is one of my favorites these days, I find myself constantly singing it in my head. The whole “album” is fantastic, check it out. The founder Alicia Bognanno, is an impressive talent. She is a singer, songwriter, producer and professional audio engineer, that’s a woman of action. Also the new Vince Staples “record” is hot, in keeping true to the theme, I only included the track “Jump Off The Roof”, but I would recommend also checking out “Norf Norf” and “Señorita”. Great stuff.

Let me know what you think. And in keeping with the theme this month, if you like these playlists, take action and share them with your friends.

Thanks for listening, see you next month.

thank you I have many titles