See for yourself
All Talks Individuals Chapters
blog
Blog atl 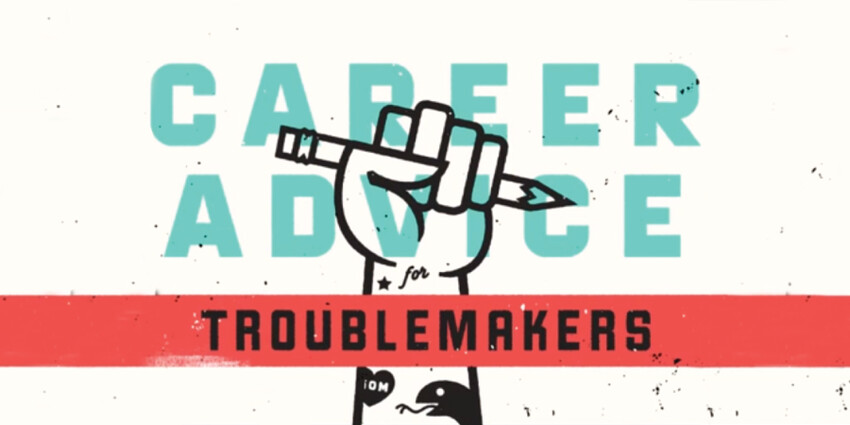 Chris Coleman is a troublemaker. Taking the stage at our Atlanta chapter this February, she shares some of the hard lessons she learned trying to keep jobs in the creative field. After launching, branding, and promoting over 200 companies across the United States and Europe, the serial founder wants to give you some career advice.

Chris says that there are three bad reasons to leave your job:

Competitive envy is the most unproductive driver to reaching your career goals, Chris told the audience. A better reason for leaving your job is because you despise where you work and hate yourself for not leaving. Even better, when you can honestly answer a question in each of these three stages, you’ll know it’s time to move on.

In Stage 1, you’re someone who has just graduated, has just enterer the career force, or you have just transitioned into a new field that is significantly different from what you have done in the past. In this stage, your goal is competence. “Until you’ve been doing this work for at least five years, you are not competent. You have potential, you have talent, you have lots of stuff on your side, but competence is about learning what matters in the place that is paying you,” says Chris.

It takes fifteen years to have fifteen years of experience. It’s about understanding deadlines, the priorities of the people you work with and for, really getting and absorbing the language of the workplace. Competence comes with experience. It is earned over time.

Competence breeds confidence. The trap in this stage is impatience. The turnover rate in creative jobs is much higher than the national average. A lot of this has to do with the “I want it now” mentality. “I deserve it.” “All my friends work at Google.” The moral of the story? Don’t leave until you have done the job. Ask yourself:

Question: Is there anyone here who will tell me the truth when I ask for feedback?

In this stage, your goal here is judgement. Judgement in a work setting means understanding organizational qualities and understanding the consequences of your decisions. The trap here is thinking that we know everything. Here, Chris shares a story of a decision she made when she over-ordered brochures for her company, costing the tons of money. She says you need to ask:

Question: Why? Why are you doing it this way? And to what means?

“This is the most fun part of a career. You’re playing at a higher level. People you don’t know ask for your opinion. You have the opportunity to influence things and make things happen with a phone call or two,” says Chris. The problem here, however, is arrogance. “Do you know anyone whose opinion you trust, anyone who you consider a mentor, anyone you look up to as a role model, who is an asshole?,” asks Chris. “The most successful people in our business, by and large, are humble, accessible, and down to earth,” shares Chris.

Question: What am I giving away that’s valuable?

Chris tells the crowd that people know when you’re being truly generous and when you’re withholding. In stage 3, you’re not witholding anything. You prioritize and place your value in what matters to you.

“The best way for a troublemaker, or creative person, to survive and thrive in a career that you love is to focus on doing your best work and learning something new every single day.”

Watch the talk.
Heads up—the audio is a little janky because it’s in a circus tent. Fair trade-off.