See for yourself
All Talks Individuals Chapters
dc 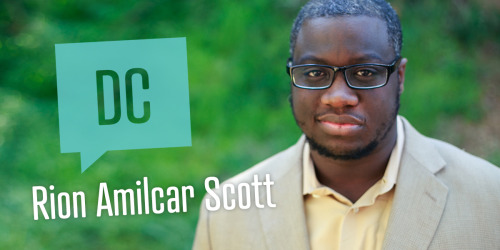 Rion Amilcar Scott is the author of the story collection, The World Doesn’t Require You (Norton/Liveright, August 2019). His debut story collection, Insurrections (University Press of Kentucky, 2016), was awarded the 2017 PEN/Bingham Prize for Debut Fiction and the 2017 Hillsdale Award from the Fellowship of Southern Writers. His work has been published in journals such as The New Yorker, The Kenyon Review, and Crab Orchard Review among others.

Registration will open on Monday, February 24 at 10:30AM.