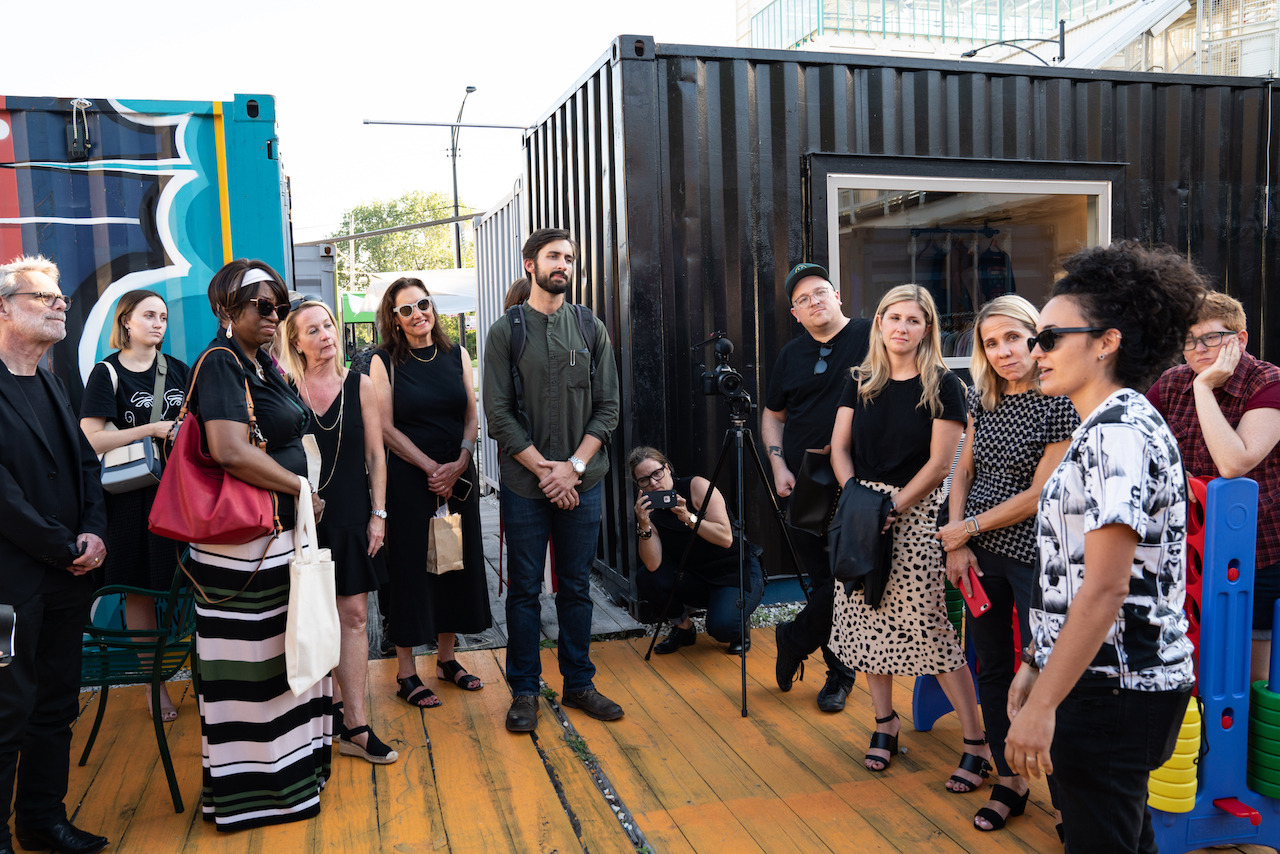 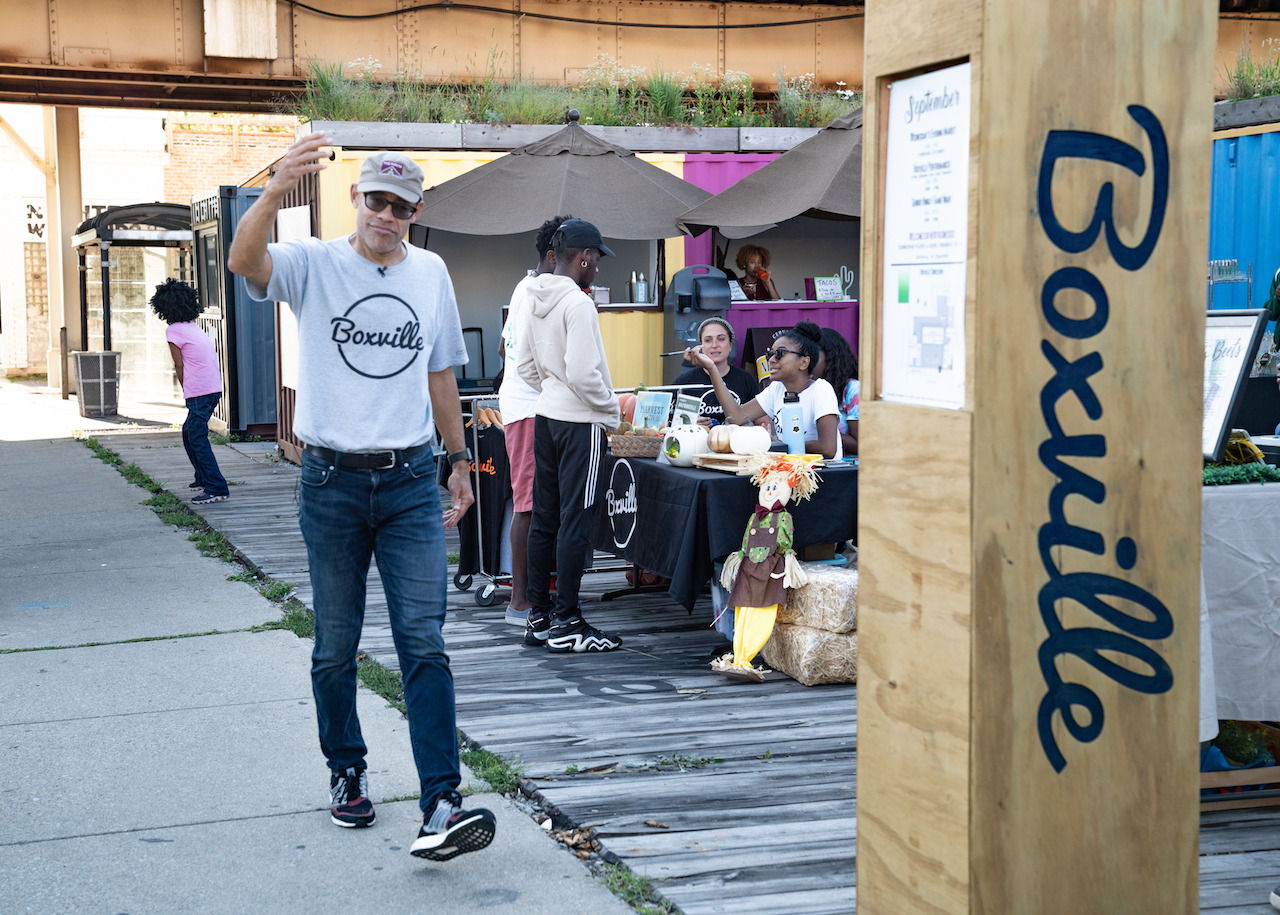 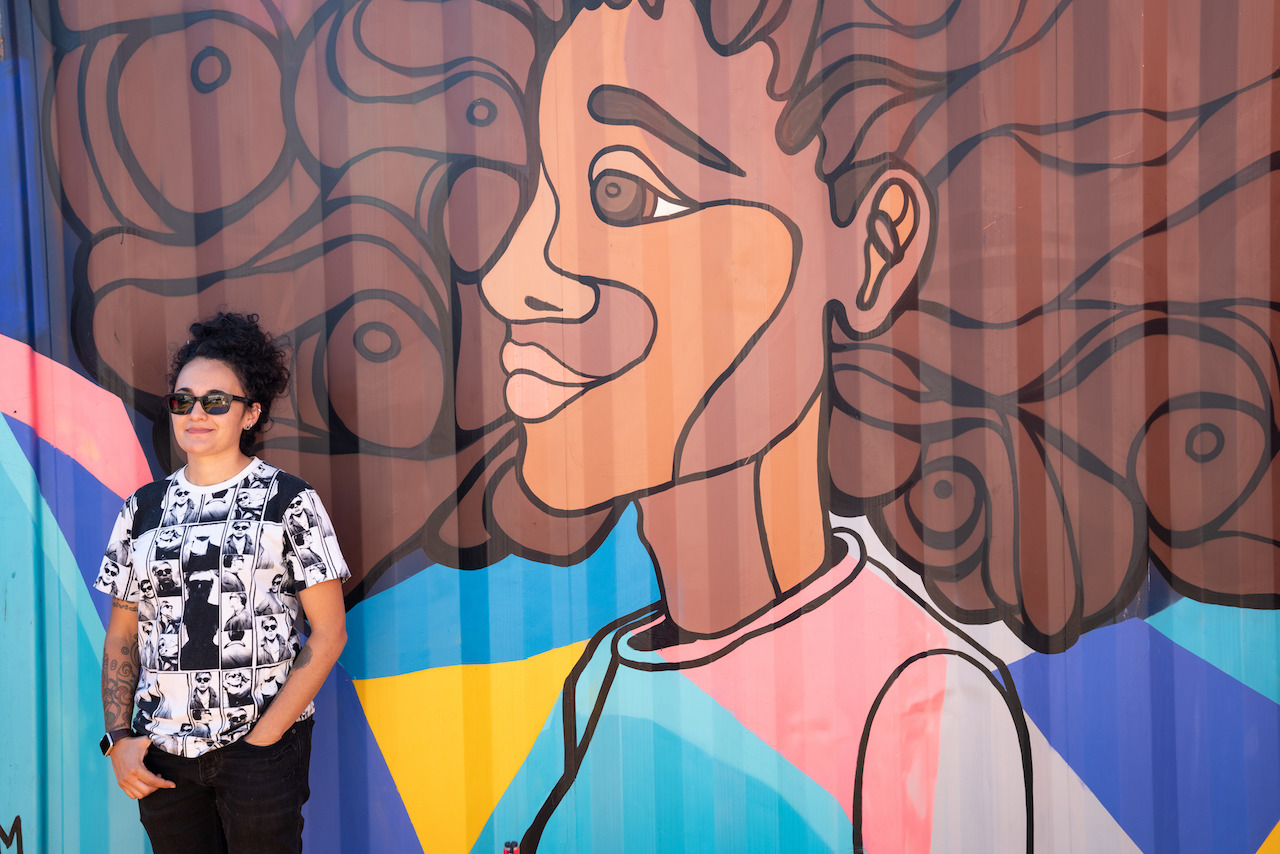 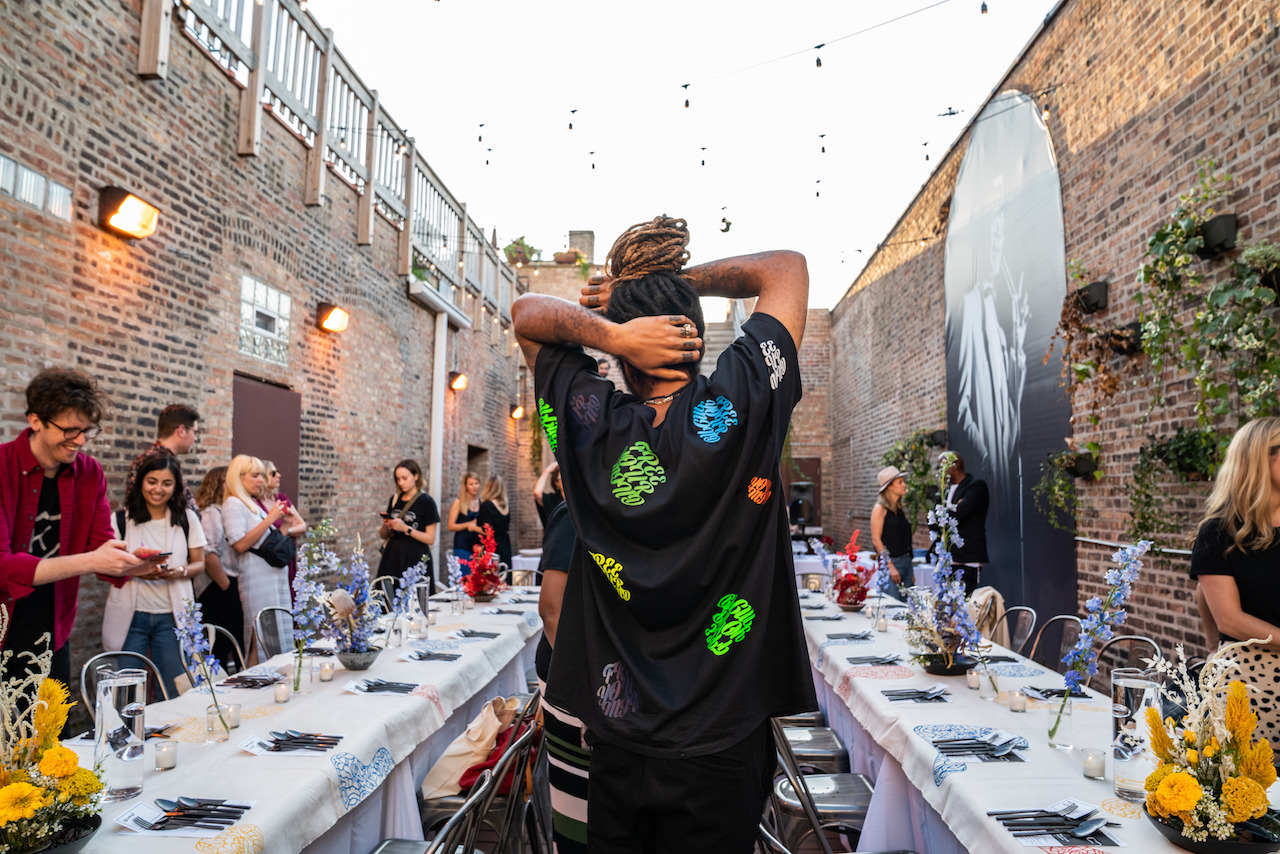 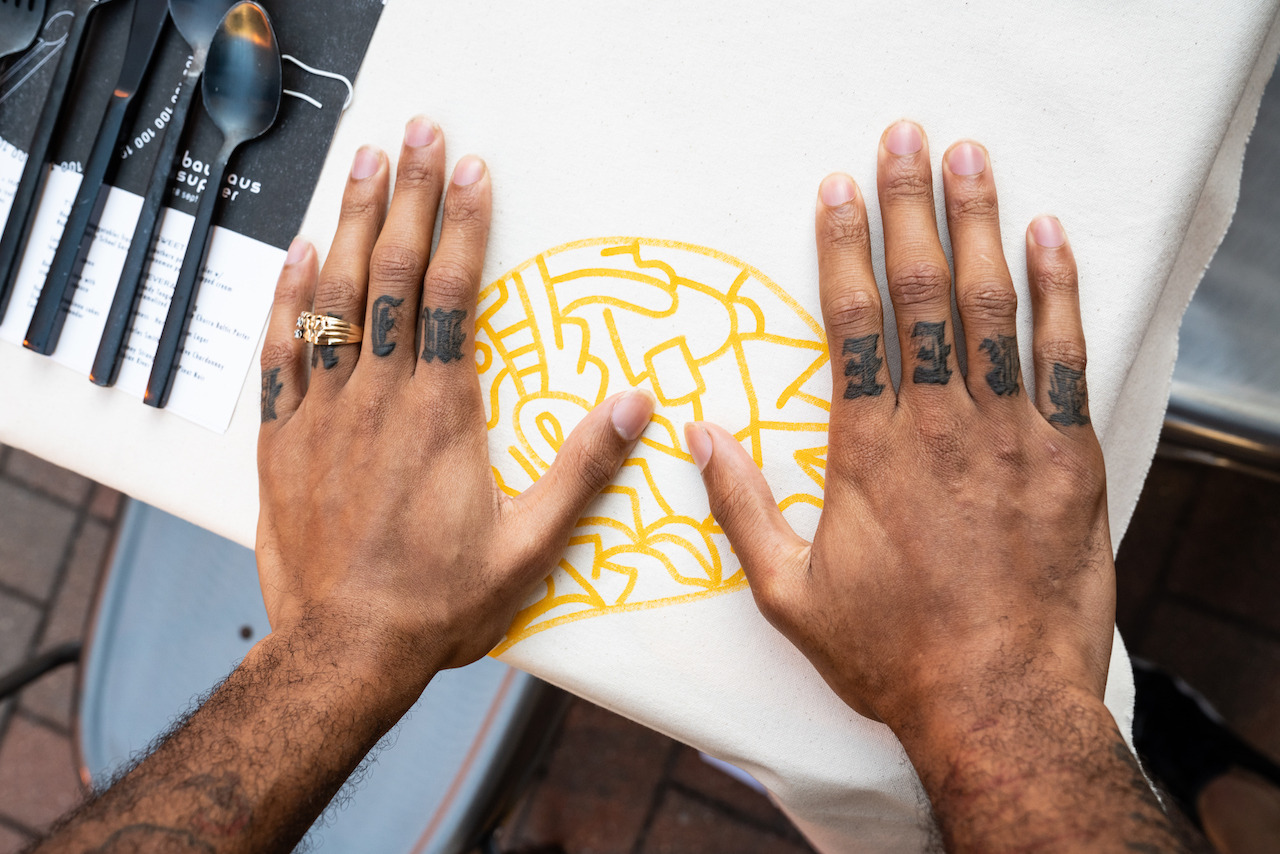 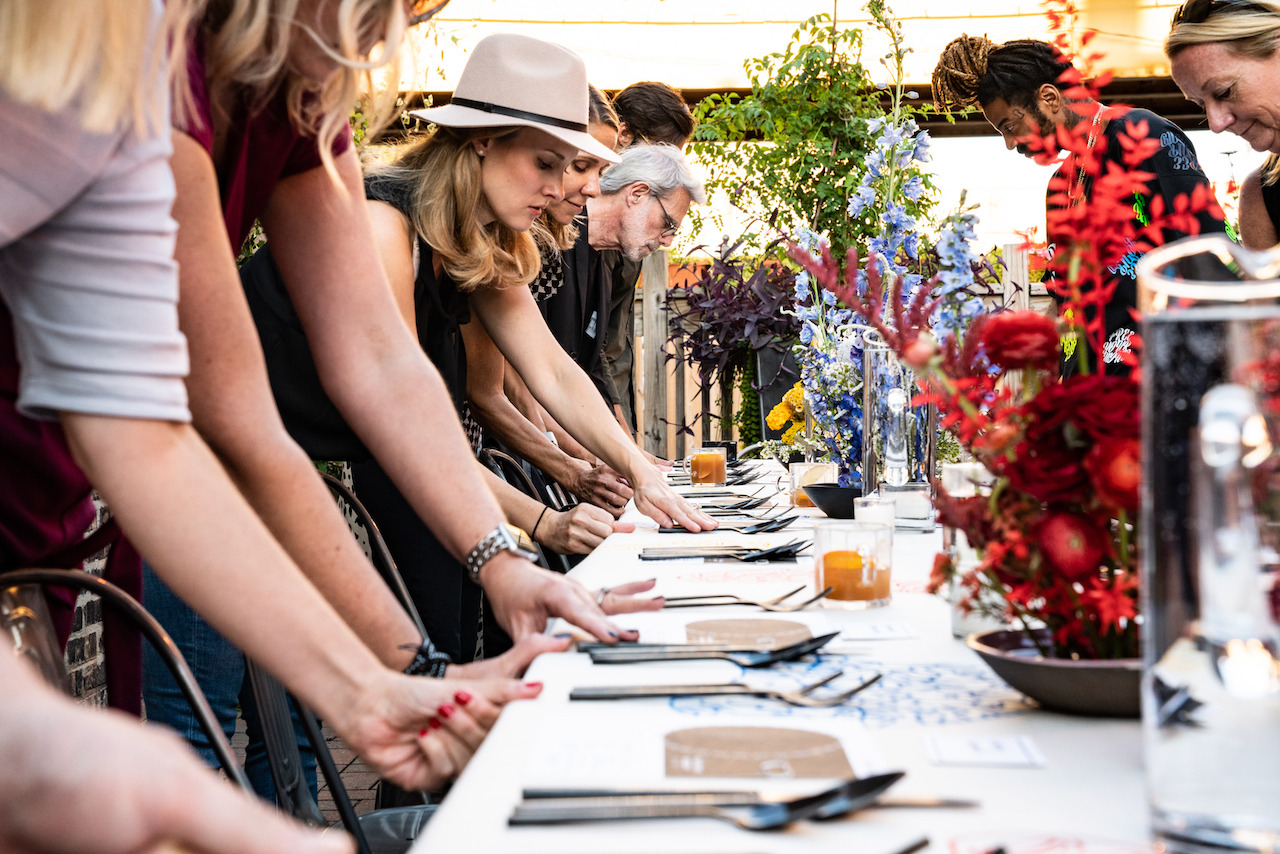 As CreativeMornings’ Features Writer, I was able to attend City As Lab, an interactive two day experience led by Ashley Lukasik, former CreativeMornings speaker and co-producer of The New Bauhaus documentary film. City As Lab is a celebration of the Bauhaus 100th anniversary and its influence on Chicago's experimental, creative legacy of "making as thinking". Below are my most memorable experiences and what I learned from the event.

Opening day began at Boxville, Chicago’s first street food market and container mall located in Bronzeville. It was chosen as one of the most provocative examples of creative entrepreneurship in the city today. Seeing Boxville for the first time I was captured by the bright colors of the shipping containers, live music, and energetic vendors. We met with the founder, Bernard Loyd, and learned about his mission to make Bronzeville a hub for black cuisine. His focus is to use culture and commerce to revive his community.

We also met with Chicago muralist Sam Kirk. Sam spoke to us about her mural, “Bronzeville Beauty” and the importance of creating art that celebrates individuals who are underrepresented. As I gazed at her mural I saw the image of a young brown girl with lush hair and full of possibilities. Her mural celebrates the young women who live in Bronzeville.

Afterwards, we got to explore Boxville and mingle with vendors. One of the things that stood out to me was how engaging the space was. The size of the shipping containers made the space intimate, thus I was made to interact with the people and objects around me. For example, I met Edo, co founder of Be Creative, who shared his clothing line and artwork with the group.

We concluded the evening with a Bauhaus-themed experiential designed by Filigree Suppers. The dinner party was full of surprises and creative freedom. We were asked to set the table and select our plates made my ceramic artist, Asley Lin Ames. We were also given markers and encouraged to draw on the table cloths designed by Edo. At the end of the night we were allowed to cut our table cloth art pieces and take them home with us. The hands-on and personalized experience amplified my connection to the event because I was able to keep physically pieces of the event and thus remember the people I met and the spaces I was a part of.

City As Lab taught me that it is essential to design spaces that bring individuals from different backgrounds together in order to build meaningful and genuine connections.

You can catch the New Bauhaus film at its premiere at the Chicago International Film Festival on October 17th and 18th. https://www.thenewbauhaus.com/.