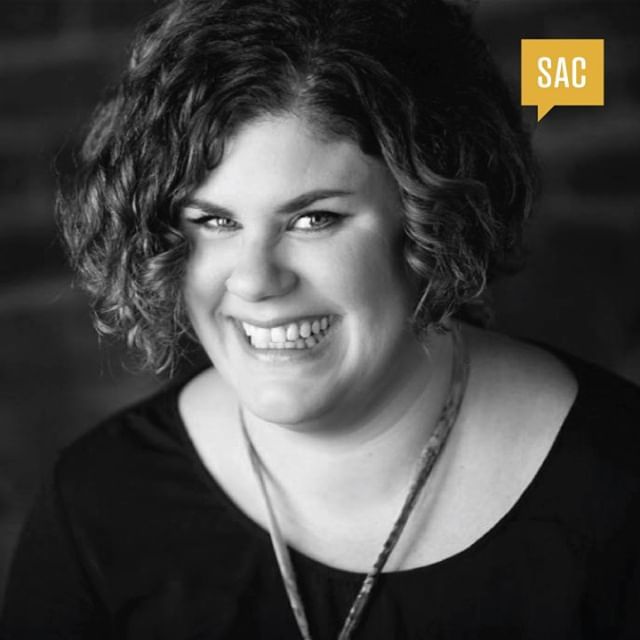 Amy Estes is a middle school English and drama teacher by day. However, her true loves in life are writing stories of all kinds and performing stand-up comedy. Amy has performed stand-up comedy all over the country, including at SF Sketchfest, the Women In Comedy Festival in Boston, and the Portland Queer Comedy Festival, and performs near-nightly in Sacramento and San Francisco. Her comedy was featured on the well-renowned podcast “Put Your Hands Together.” Amy’s writing has been featured on The Bella Donna Comedy, Slackjaw Humor, and Soul Pancake. You may have seen her perform as part of Mortified, a podcast and live performance highlighting material written before age 19. Locally, you can catch her on stage regularly at the Sacramento Comedy Spot or Punch Line, writing at Coffee Works in East Sac, or around town with her wife and dogs. Find out more at www.amysgotjokes.com. ⠀⠀⠀⠀⠀⠀⠀⠀⠀
⠀⠀⠀⠀⠀⠀⠀⠀⠀
Muse is a fickle thing that has been lauded as a mystical source of inspiration for artists; however, Amy has found her own muse in different & often unexpected places. Despite dabbling in creative practices her whole life, Amy never considered herself a true creative and was waiting for a “magic sign” to pursue her passions — the magic came in the form of a middle school journal & a truly embarrassing story, but it started her on a path to discovering creativity she didn’t know she had. Amy will share her take on pain, joy, and permission as it relates to inspiration, creativity, and muse.⠀⠀⠀⠀⠀⠀⠀⠀⠀
___________________________________________⠀⠀⠀⠀⠀⠀⠀⠀⠀
🗓 Save the Date: September 20th at 8:30 am⠀⠀⠀⠀⠀⠀⠀⠀⠀
🎟 Tickets go live on Mon, September 16th at 11 am⠀⠀⠀⠀⠀⠀⠀⠀⠀
📍 The Urban Hive @theurbanhive⠀⠀⠀⠀⠀⠀⠀⠀⠀
🔗 Pre-Register at creativemornings.com/sac — view on Instagram https://ift.tt/2zKXRkg