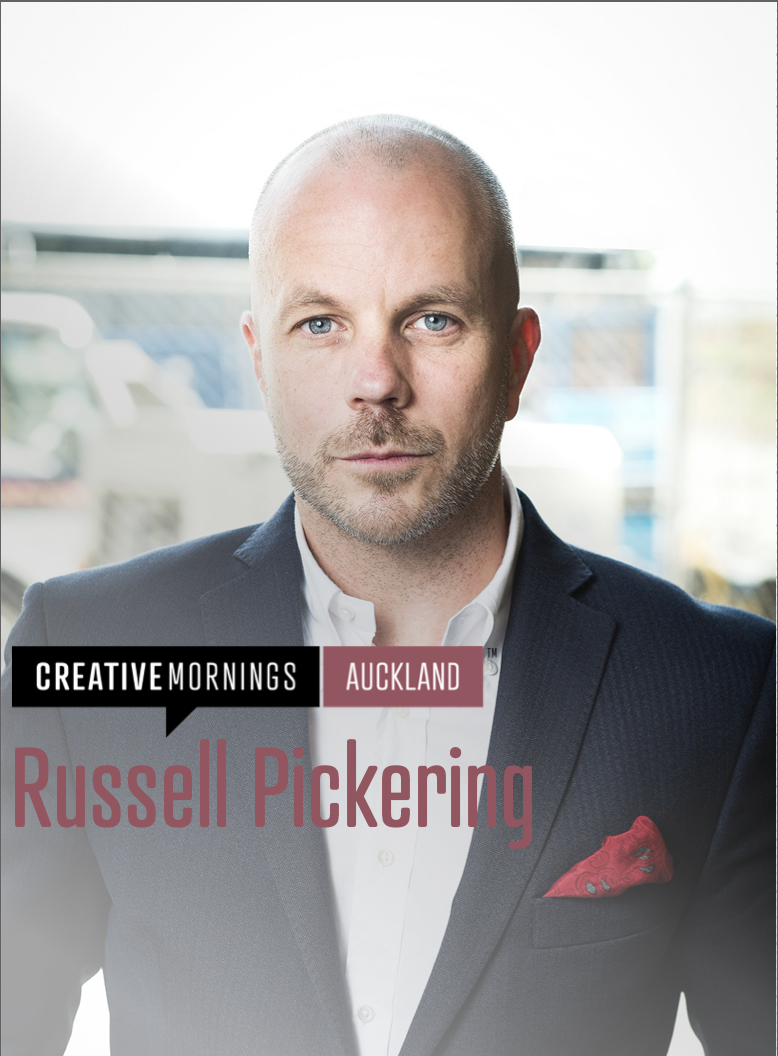 CreativeMornings with Russell Pickering
Friday 26th July, 8.00am - 9.30am
Studio One Toi Tū

Russell is one of New Zealand’s leading specialists in effective communication, business storytelling and presentation technique. Prior to founding The Pickering Group, Russell ran Auckland based communication skills consultancy SpeakEasy and established himself as an expert trainer, facilitator and coach in the field of business communication skills development. He has helped thousands of people, in some of New Zealand and Australia’s most visible organisations, become more confident and compelling communicators.

Russell thrives in the dynamic intersection of the arts and commerce. Originally training as a professional actor and director, Russell won a Bob Hope Scholarship to study for his Master of Fine Arts in Acting at Meadows School of the Arts (SMU) in the United States. As an actor he has appeared in commercial television, feature film, and on regional theatre stages throughout the US and NZ.